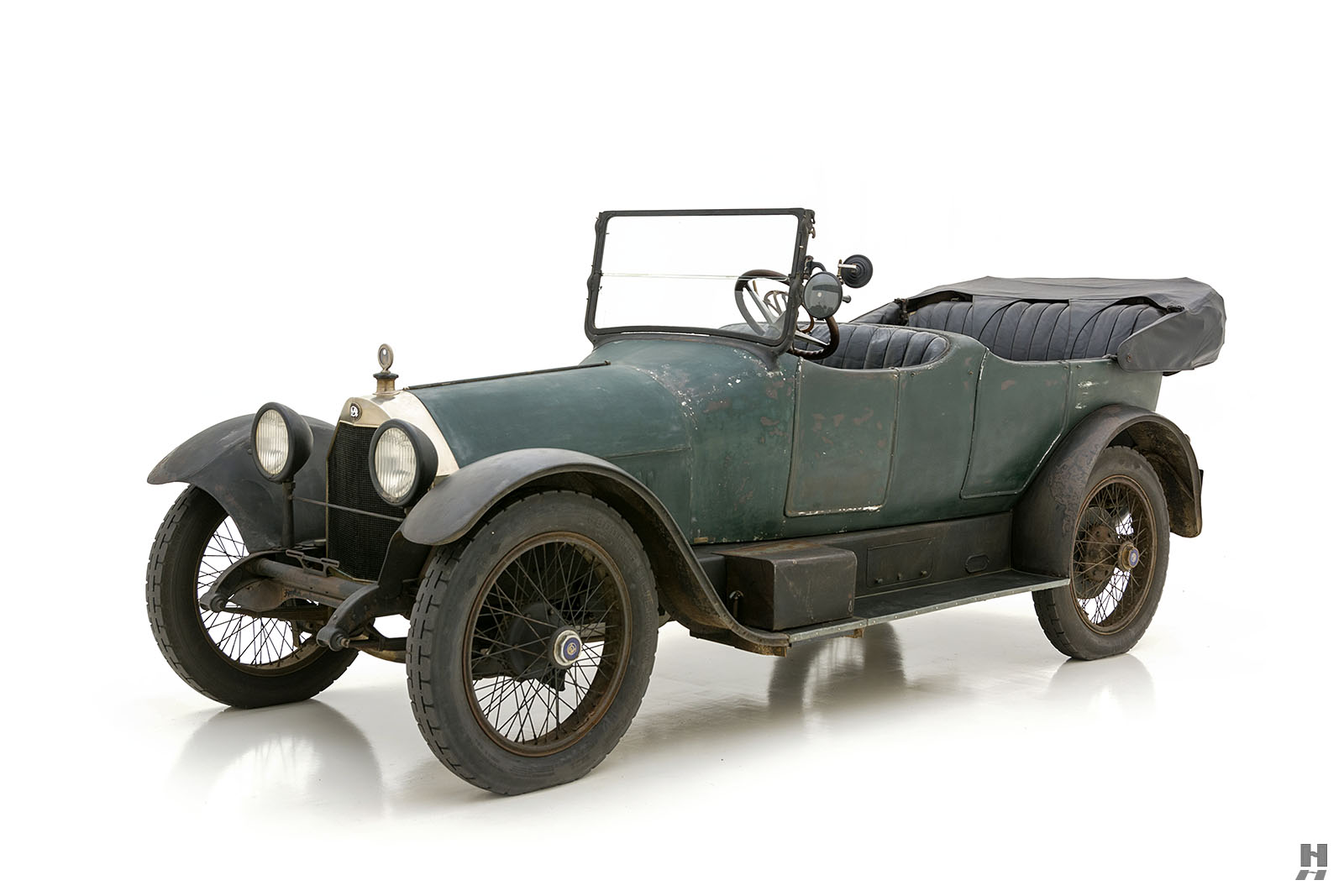 Price: USD $149,500
As our roads become increasingly populated with gasoline-electric hybrids plug-ins and fully electric vehicles we have the opportunity to pause and look back through the pages of automotive history and see that some of todays cutting-edge technology today is mirrored in the dawn of the automobile. The turn of the twentieth century a time of unencumbered creativity that gave rise to the motoring industry. The early days of motoring were rife with experimentation as automobiles rapidly evolved from the simplest modified motorized carriages into sophisticated sometimes needlessly complicated machines. With no standards and no regulations virtually every aspect of automobile design was open to interpretation and primitive forms of todays familiar tech made the occasional appearance as manufacturers sorted out the best way to build and market the new-fangled motorcar.One of the more creative and unusual ideas came from an electrical engineer and former employee of Thomas Edison named Justus B. Entz. As early as the late 1800s Entz experimented with a unique electric transmission system that could in theory provide infinitely variable ratios without a direct connection between the engine and rear axle. The Entz Electric Drive Transmission replaced the engines flywheel with a set of field windings acting as a generator to power an electric traction motor connected to the rear axle via a driveshaft similar in principle to a modern diesel-electric locomotive. There was no direct connection between the gasoline engine and the drive wheels and the system provided powerful electrical braking and a regenerative function that charged the vehicles electrical system - in essence the ancestor of the mega-tech MGU-K in a modern F1 car! Entzs first demonstration ended in disaster when the powerful electrical arc from the transmission ignited the engines fuel supply burning the prototype to the ground. Undaunted he persisted and continued development. Entz later produced a more successful prototype using an Austro Daimler supplied by his primary financial backer Mr. Roy Rainey. That car became the first Entz automobile debuting at the 1914 New York Auto Show.Entz and his invention previously caught Raymond and Ralph Owens attention who attempted to adapt the system for production as early as 1912. By 1915 the Owens had taken over Entzs project and partnered with Baker Electric to produce cars commercially as the Owen Magnetic. After the first 250 cars production shifted from New York to Cleveland where Rausch & Lang Electric joined forces with Baker in supporting the Owen brothers. By this time interest in electric cars was waning and they saw their involvement in the Owen Magnetic as a bid to stay competitive. R&L produced the coachwork in their existing body shop while Baker Electric built the Owen Magnetic chassis and engine and Raymond Owen directed sales. Billed as The car of a Thousand Speeds the Owen Magnetic struggled to find buyers primarily because of its eye-watering cost. The Owen Magnetic was one of Americas most expensive cars starting at $3100 and stretching to $6000. By comparison $5600 bought a lavishly-appointed Packard Twin-Six Brougham. Other obstacles included excessive weight and the average mechanics inability to service it.By 1919 Baker R & L ended their involvement in the project and Raymond Owen moved production to Wilkes Barre Pennsylvania where a few more cars trickled out. Despite a promising order for 500 vehicles to be sold in England under the Crown Magnetic name the funding never materialized relegating the Owen Magnetic and Justus Entzs unconventional yet fascinating electric transmission to the history books in 1920.As one of just a handful of known survivors this 1917 Owen Magnetic M-25 Touring represents a rare opportunity to acquire one of these fascinating and unusual motorcars. This example is remarkably original presented with a heavy patina that is refreshingly authentic. The 5-passenger touring body is attractive and well built with fine details such as the distinctive V-shaped radiator. Despite the remarkable engineering that sits below the skin the M-25 tourer is a relatively understated car with a handsome yet conventional outward appearance. Finished in green on the body and with black fenders it is full of character and charm. This example is fitted with optional wire wheels which are in good condition and wearing period-style tires.The black upholstery is similar to the rest of the cosmetics. On close inspection it appears the seats were reupholstered many years ago while the door and kick panels may be original. Features include folding opera seats and a heavy-grained vinyl top with a complimentary boot cover. The dash features an array of instruments and from the drivers seat you experience the unique control arrangement of the Owen Magnetic. A single foot pedal controls engine speed while the large lever on the steering wheel controls electrical output via a series of detents. There are no gears to mesh no rev-matching and no heavy clutch pedal. Reverse gear is operated via a lever to the drivers left and a second lever works the supplementary mechanical brake. It is a marvelously innovative arrangement combining the simplicity of early electric cars with the versatility and range of an internal combustion vehicle.Powering the mythical magnetic transmission is a 303 cubic-inch Continental six-cylinder fed by a single carburetor. The engine bay is orderly and consistent with the rest of the car in its presentation. As a feat of engineering the Owen Magnetic is genuinely astonishing and a machine well ahead of its time. This marvelously authentic and well-preserved example would make a superb display piece as-is or to sort and enjoy on the road. With the modern collective turning its attention to alternative fuel vehicles the Owen Magnetic offers a fascinating look back at yesterdays technology where we remember that even the best ideas of today may not necessarily be new.Offers welcome and trades consideredFor additional details please view this listing directly on our website https://hymanltd.com/vehicles/6893-1917-owen-magnetic-touring/

Note from the publisher:
Welcome to our collector car marketplace where we feature thousands of classified ad listings of vintage cars for sale. We hope that you will bookmark our site and visit often; our cars are updated every day. Furthermore we encourage you to subscribe to our mailing list so that we may periodically notify you of interesting classic cars that become available.
Home > Classic Cars For Sale > Owen > Magnetic > 1917 Owen Magnetic