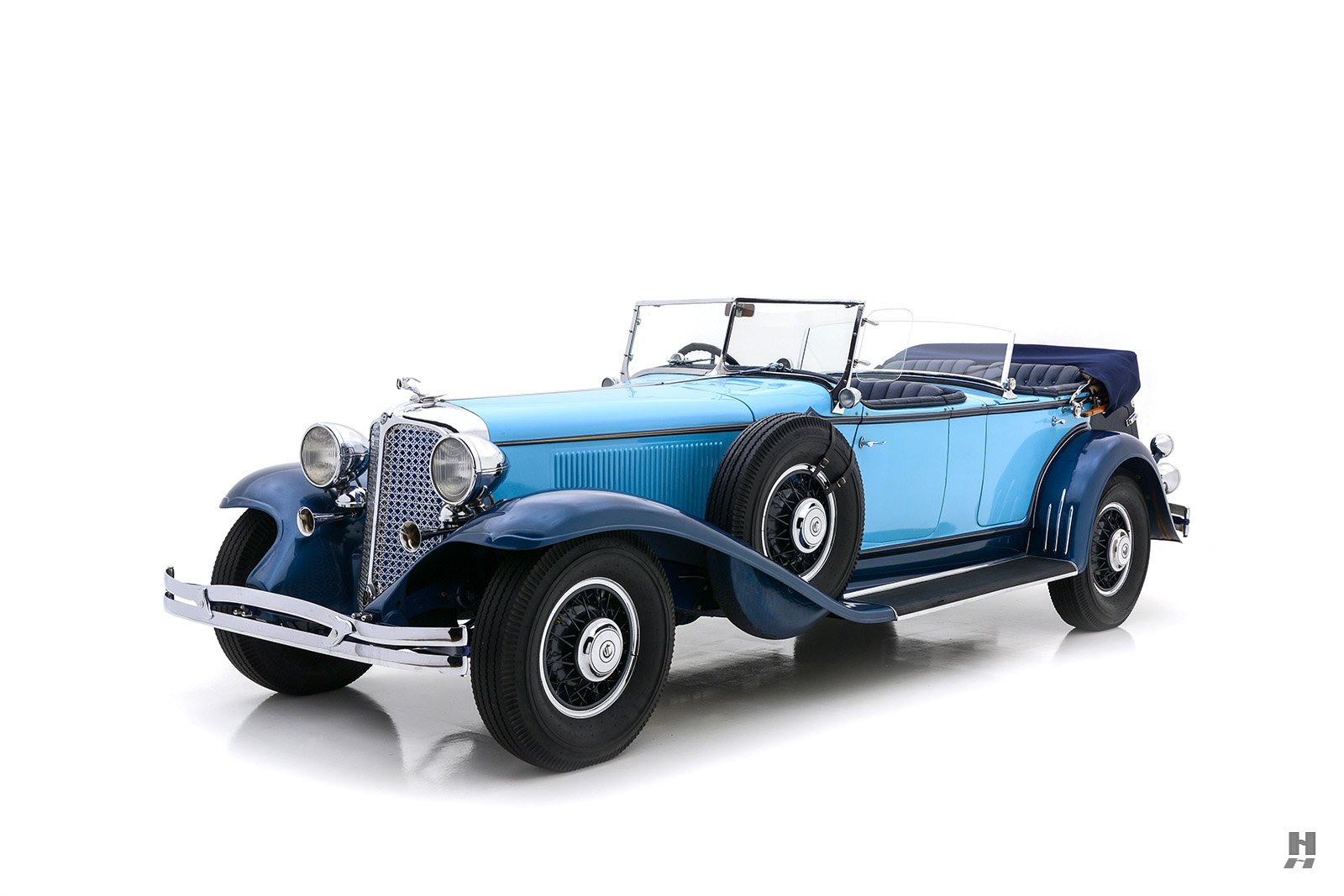 Price: USD $127,500
Not long after Walter P. Chrysler took over the ailing Maxwell Motor Company and renamed it Chrysler Corporation in 1924 the ambitious Mr. Chrysler began work on a new flagship model. Maxwell provided a good foundation for Chrysler to build upon and he soon earned a reputation for high-quality automobiles of exceptional value. But his aspirations were much higher as he wanted to a car to reflect his desire to be at the top of the American automobile industry. Chryslers climb upmarket began in 1926 with the introduction of the Imperial name. Initially the Imperial name applied to high-option standard cars but by the start of the 1930s it evolved into a unique prestigious motorcar set well above the standard Chrysler line. Walter P. Chrysler intended Imperial to take on the likes of Packard Cord and Cadillac in the highly competitive luxury car market.In 1931 Chrysler transformed the Imperial from a trim package to an all-new motorcar entirely separate from the rest of the standard line. The CG Imperial featured Chryslers first eight-cylinder engine and a massive 145-inch wheelbase chassis with such niceties as a four-speed gearbox and hydraulic shocks. But it was the body styling that commanded the most attention. Walter Chrysler and vice president K.T. Keller used the radical Cord L-29 as a benchmark for style going so far as to hire that cars designer Alan Leamy away from Cord to style the Imperial. The lowness factor was so crucial to Walter that engineers went so far as to consider front-drive and even a rear-engine design! These ideas never left the sketch stage but they reveal the level of commitment Chrysler had to achieve the desired look.The efforts paid off with the CG Imperials gracefully swept fenders and low-mounted deep V-shaped radiator grille and raked windscreen giving the impression of effortless speed even when parked. Backing up the styling was a powerful new 384.8 cubic-inch straight-eight producing 130 horsepower. The Imperial also featured advanced suspension geometry and four-wheel hydraulic brakes for outstanding handling ability and 100 mph performance. Production totaled 3228 cars including 99 bare chassis shipped to outside coachbuilders or for export. Todays collectors consider the CG Imperial to be one of the most beautiful cars of the Classic Era and certainly one of the prettiest Chryslers ever produced. They are favored by enthusiasts who prefer to drive their vehicles as intended thanks to the robust straight-line performance and rewarding road manners.Our featured Imperial is one of a mere handful of right-hand-drive export chassis produced and is a well-proven touring veteran with an intriguing history. Currently fitted with beautiful dual-cowl phaeton coachwork in the style of Le Baron this car was delivered new to South Africa reportedly fitted with sedan or limousine coachwork. The origins of the current coachwork are not entirely known but it has been on the car for many years and paired with this chassis while still in South Africa. It was in this configuration that the late Mr. Apie Venter purchased the car from a fellow member of the Pretoria Old Motor Club in 1966. Venter was a founding member of that club and a lifelong collector of fine automobiles. Soon after acquiring this Imperial he and his wife embarked on an extensive restoration that included a journey to Michigan to research the car at the Chrysler archives. Apie and his wife Rita did much of the work themselves and proceeded to enjoy the car on numerous tours around South Africa reporting that in the thousands of miles it covered on tours and events the big Chrysler never once let them down. Today the radiator stone guard proudly displays badges of honor from its long life in South Africa including from the AA FIVA SAVVA and The Crankhandle Club.Following Mr. Venters death in 2003 his cars dispersed around the world. His prized CG Imperial came to the United States in 2004 eventually joining the collection of its most recent custodian who is a lifelong member of the Classic Car Club of America and who became the ideal caretaker for the Venters beloved Imperial. In his hands the Chrysler continued to receive expert care and maintenance and serve as a loyal tour car for many more years. In 2013 it successfully completed the CCCA Re-Discover America CARavan tour which began in New York and culminated at the Golden Gate Bridge in San Francisco. According to the cars then-owner it never once needed the services of the trouble truck or occupied its trailer. After the tour they hurried back East to Hickory Corners Michigan for the CCCA Experience Concours. Chrysler was the featured marque that year and this CG Imperial proudly featured on the event poster.The beautifully built coachwork captures the elegance grace and style of Le Barons original design while the massive 145-inch wheelbase chassis ensures perfect proportions. It is well-equipped with a radiator stone guard dual chrome trumpet horns dual side-mount spares Gazelle mascot and upholstered trunk. Finished in two-tone blue with blue leather the big Chrysler wears its moderate yet attractive patina with pride having served for decades as a loyal tour car. The restoration is the one that the Venters performed in the 1960s attesting to not only the quality of the work they performed but to the care and attention it has received in the intervening years. It is suitable to enjoy as-is for tours and events or could serve as the basis of a well-earned and straightforward cosmetic restoration. Either way this immensely charming CG Imperial is ready to build upon the impressive legacy paved by its past custodians.Offers welcome and trades consideredFor additional details please view this listing directly on our website https://hymanltd.com/vehicles/6581-1931-chrysler-cg-imperial-dual-cowl-phaeton/

Note from the publisher:
Welcome to our collector car marketplace where we feature thousands of classified ad listings of vintage cars for sale. We hope that you will bookmark our site and visit often; our cars are updated every day. Furthermore we encourage you to subscribe to our mailing list so that we may periodically notify you of interesting classic cars that become available.
Home > Classic Cars For Sale > Chrysler > CG Imperial > 1931 Chrysler CG Imperial