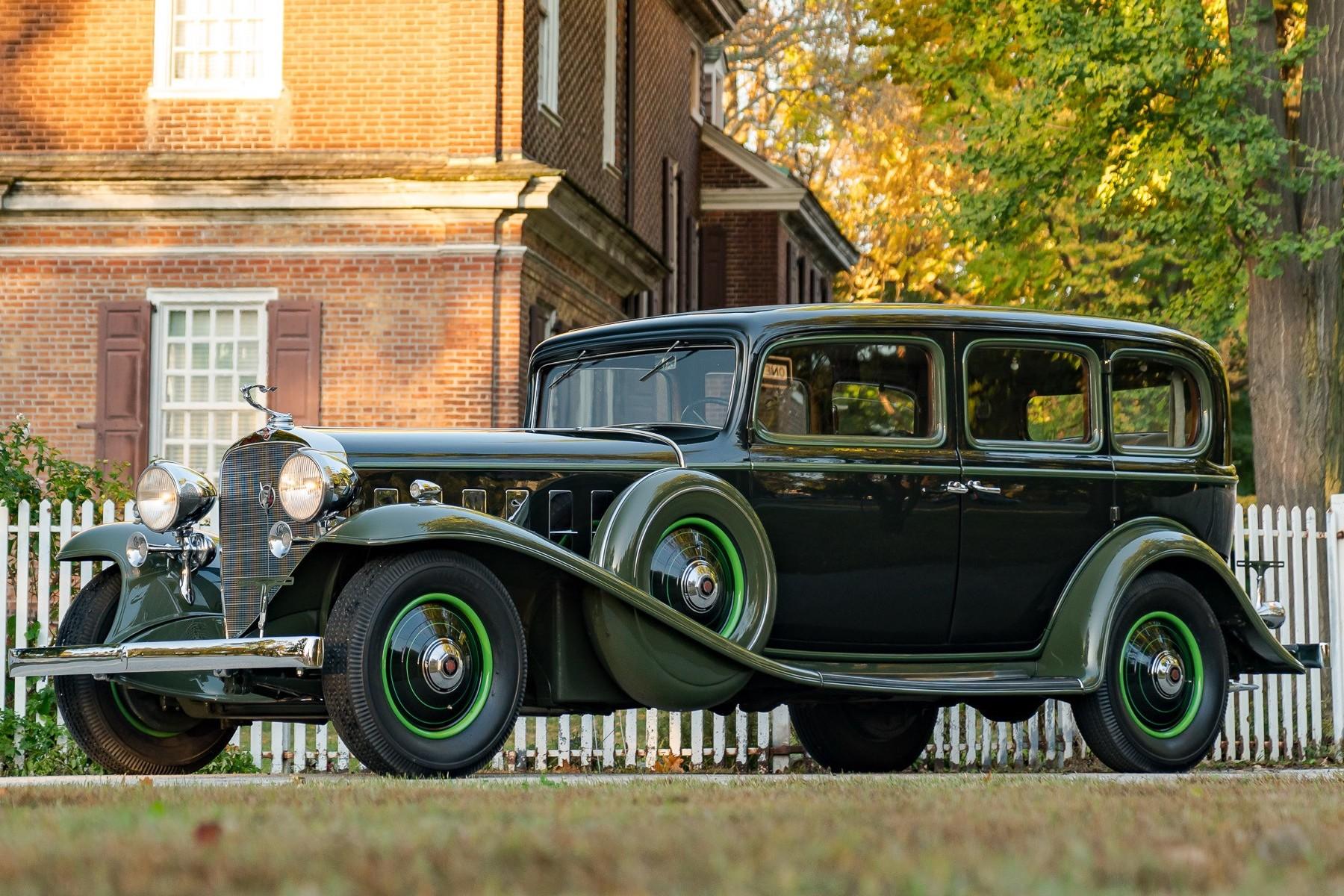 Chassis/Body # 32-16-213
Engine # 1400071
GM's Montreal Show Stand Car
Excellent Older Restoration Featuring An Untouched Original Interior
Offered In Original Colors Per Build Sheet
A Capable & Important Event Eligible Automobile For The Serious Collector
As cars of the late 1920's grew larger and more ornate, it was necessary for auto manufacturers to also increase the size and output of their engines in order to be able to propel these large and luxurious vehicles down the roads of early America. Cadillac's main rival at the time, Packard, had already released a V12 engine (known as the twin 6) all the way back in 1915, and although sales had fallen off and they had ceased production of the Twin 6, It had helped to push the Packard brand into a very favorable light with American households. Cadillac knew they needed to up the ante and as early as 1926 began development of a V16 engine, although they told the public they were working on a 12 cylinder in order to keep the real project hidden. In 1930 Cadillac sent a shock through the automotive world with the release of their series 452 V16 engine at the New York Auto Show on January 4, 1930. At this time in automotive engineering, the only real way to get more horsepower out of an engine was to either make it bigger or add more cylinders and Cadillac certainly did both. With an overall displacement of 452 cubic inches (hence the series 452) and a gross weight of close to 1300 pounds, the new V16 would put out a conservatively stated 165 horsepower (although most likely closer to 200) and an impressive 320 pound feet of torque. A new longer and wider chassis design was required to house this monstrous engine, although the engineering behind it was kept fairly simple. Cataloged body styles included 10 Fischer-built styles and 72 Fleetwood body styles, however if a perspective buyer had the money, they were more than welcome to mix and match to create their own unique combination not in the catalog. For the truly adventurous, a bare chassis could be ordered and sent to any coach-builder for finishing, although very few were actually finished in this manner. The V16 Cadillacs sold well throughout 1930 but sales began to slump in the following two years due in part to both the impeding recession but also because of the release of Cadillacs own V12 engine. Production of the series 452 would continue through 1934 when it was replaced by the stop gap Series 60 for 1935 and the Series 90 which would remain in production until 1937. In total, 3878 series 452 V16 Cadillacs were produced. The series 452 engine helped to spark innovation and competition in the automotive world, but its most important legacy was helping to solidify Cadillac as the top tier luxury car brand that many people know it as today.

The example on offer here, Chassis/Engine #1400071 is a 1932 Cadillac V16 Fleetwood Imperial series 452B. The engine number indicates that it was the 70th V16 Cadillac built for the 1932 model year. The exterior of the car was refinished in 2000 in the correct Aiken Green, Kalida Green trim, and color matched painted disc wheel covers which is the same as when it left the Fleetwood body factory in 1932. The car retains an untouched original interior and is finished in Black Leather in the front drivers area and tan (called Wiese on the build sheet) suede cloth in the rear limousine portion. The original engine, transmission, and drivetrain are all still in place and the car and the stampings located on them match with the provided build sheet. To see a list of significant parts and their correct stampings, please see the view documents button above. The history behind this car is very unique in that it was originally delivered to GM of Canada to be used as their show car for 1932. It was ordered with some very unique options such as white wall tire delete, full wheel discs which were a rarely chosen option, as well as using a lighter color on the chassis and darker color on the body. Most of these options were fitted in order to provide the car with a more European look, in hopes of swaying Canadian buyers to the American brand. On the included build sheet it shows that this car was shipped on January 10, 1932 to Montreal Auto Show where it was first displayed. The car was equipped with special hooks in the interior to be able to show off different interior fabric samples as it travelled to different auto shows in Canada. Given the original nature of the interior the hooks are still in place and the fabric samples are included in the sale. The history after 1932 is a bit unknown but the car remained in Canada until around the year 2000 when the current owner, a partner in the Canton Classic Car Museum acquired the car. Upon acquisition, the car was in an entirely original state but it was determined that the paint on the exterior was too far gone so a full exterior cosmetic restoration was undertaken. The car was expertly repainted in the proper colors, some of the chrome was replated, and new tires were put on, among many other things, but the interior was left in excellent original condition. Some minor mechanical work was done but nothing major was needed as the car was in good running order upon acquisition. After its thorough exterior cosmetic restoration, the car was put on display at the Canton Classic Car Museum where it was enjoyed by guests until the owner decided to find a new home for it earlier this year. As it sits now, the car has no obvious needs. The interior retains its excellent original condition, the professionally completed exterior restoration is still in excellent condition, and the car runs and drives exactly as it should. Given the interesting history of this car it would make for a wonderful addition to any collection focusing on important American built cars. This 1932 Cadillac V16 Fleetwood Limousine represents a very unique opportunity to enter the collecting world of V16 Cadillacs at much more reachable price point than many of its counterparts.

Included with the sale of this vehicle are a copy of the original build sheet and the original interior fabric samples.

Note from the publisher:
Welcome to our collector car marketplace where we feature thousands of classified ad listings of vintage cars for sale. We hope that you will bookmark our site and visit often; our cars are updated every day. Furthermore we encourage you to subscribe to our mailing list so that we may periodically notify you of interesting classic cars that become available.
Home > Classic Cars For Sale > Cadillac > Fleetwood > 1932 Cadillac Fleetwood