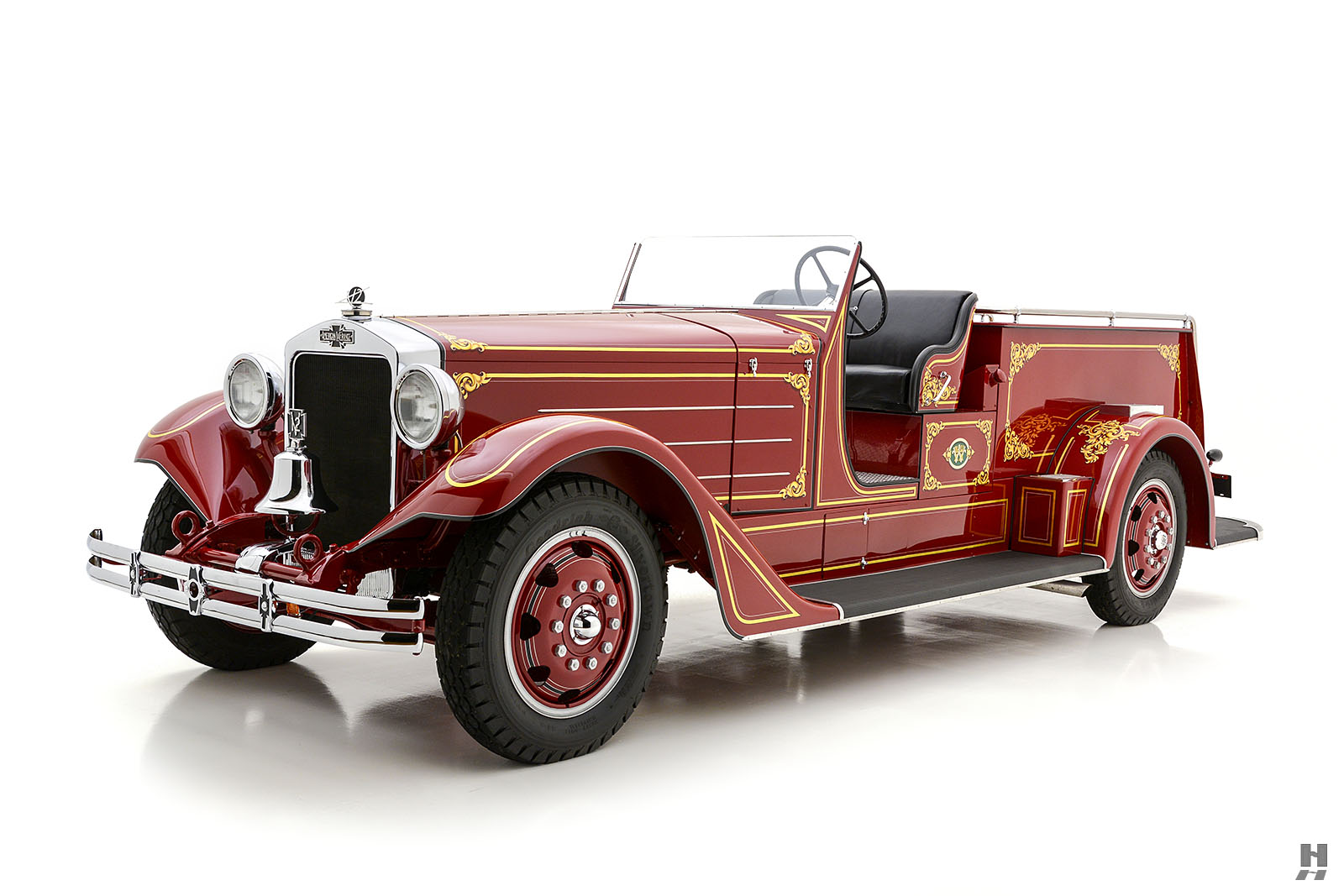 American LaFrance is one of the oldest and most respected names in American fire apparatus manufacturing. Thruxton Slocum LaFrance founded his eponymous LaFrance Manufacturing Company in Elmira New York in 1873. Initially the company built hand-powered firefighting equipment during the horse-drawn era. In 1903 they merged with American Fire Engine Company to become American LaFrance and were among the first to adapt to horseless propulsion. They started with steam-powered vehicles which proved cumbersome. The earliest petrol-powered engine arrived in 1907 and American LaFrance rapidly rose to prominence thanks to its reputation for dependability and quality. For more than a century countless firefighters across the country relied on their faithful American LaFrance engines earning the firm a loyal following and iconic status among firefighting professionals and enthusiasts of classic fire apparatus.American LaFrance maintained its reputation for years by continuously developing faster more powerful trucks more efficient pumpers and increasingly specialized equipment. In the mid-1930s they introduced the revolutionary Series 400 Senior. Not only was the Series 400 an immensely capable machine thanks to its mighty 754 cubic-inch 250-horsepower overhead-cam V12 engine but it was also stunningly beautiful thanks to its long tapering hood sweeping skirted fenders and impeccable proportions. The Series 400 was the first fire engine with intentionally styled bodywork and with its grand 180-inch wheelbase it made a bold statement wherever it went. It had the presence and elegance of a Packard but was tough enough to handle the most grueling operating conditions. The powerful V12 meant most came equipped as pumpers with the option of a 1250 or 1500-GPM pump mounted inline between the engine and cowl. Early models still relied on chain-drive but shaft drive was phased-in over the course of the models short production. The Series 400 was the flagship of American LaFrances lineup and was the most expensive in the range. Fewer than 150 were built and just a handful survive. The big 400 remains among the most sought-after and collectible classic fire engines of all time.One of the most notable enthusiasts of classic and antique fire engines was the late Mr. William B. Ruger Jr. Mr. Rugers passion for finely-engineered machines and his keen sense of style made the Senior Series 400 a natural fit for his extensive collection. Yet before he could add one to his already superb assemblage of cars and fire trucks he first had to overcome a few obstacles. Foremost was rarity: Just a handful of the original 150 Series 400s built were known to survive and most of those were well accounted-for in private hands. The other challenge was that Ruger preferred open squad trucks used to transport personnel to major fires which Ruger enjoyed for hauling groups of friends around his homes in New England. But American LaFrance never built the mighty Series 400 as a squad truck; it was far too powerful and expensive for that relatively mundane task.The solution came in the form of an ex-Brookline Massachusetts Series 400 owned by Rugers friend Andy Swift of Firefly Restorations in Hope Maine. Ruger and Swift were long-time friends and Firefly Restorations had restored many of Rugers other trucks. The American LaFrance Swift offered Ruger lacked some of the original fittings but had a good deal of original coachwork intact. It provided the ideal platform for Ruger to build his vision of the perfect Senior Series 400. Swift along with award-winning restorer Chris Charlton of Classic Car Services in Oxford Maine restored the truck with superb attention to detail. According to restoration documents the team worked to preserve as much of the original sheet metal as possible working with the existing fenders hood and cowl. A period hose body was modified to suit Rugers design with the running boards and chassis skirts fabricated to match. As with most of his projects Mr. Ruger liked to be hands-on offering input with regards to mechanical improvements and body design and a large binder of receipts and photos document the project.With its open cab sweeping skirted fenders and beautifully-crafted coachwork this Series 400 Squad Truck has a tremendous presence. The quality of the craftsmanship is first-rate with gorgeous paintwork and refinished nickel and chrome plating. No detail was overlooked down to the magnificent gold-leaf graphic work by Peter Acorn complete with meticulously hand-painted shading pinstripes and accents.Mr. Ruger was known for keeping his vehicles in superb running condition and this LaFrance is no exception. The mighty narrow-angle V12 engine fires with ease and settles into a smooth idle with a deep purposeful exhaust note. The restorers rebuilt the engine steering suspension and gearbox for function as well as appearance and everything works beautifully together. For its size it is surprisingly easy to operate with the controls that feel robust but precise and get lighter once underway. The engine is incredibly smooth yet immensely powerful and while it isnt exactly a sports car the performance is surprisingly brisk thanks to the lightweight body and lack of a pump or other heavy equipment.While this rare and gorgeous American LaFrance would not be out of place on a show field its real purpose is for on-road enjoyment. As a testament to its ability Ruger often treated his guests to rides in this Series 400 up to the top of Cadillac Mountain in Maine and he enjoyed using it at any opportunity. Thanks to one mans passion and vision this may well be the ultimate toy to share among family and friends.Offers welcome and trades consideredFor additional details please view this listing directly on our website https://hymanltd.com/vehicles/6582-1936-american-lafrance-400-series-squad-truck/

Note from the publisher:
Welcome to our collector car marketplace where we feature thousands of classified ad listings of vintage cars for sale. We hope that you will bookmark our site and visit often; our cars are updated every day. Furthermore we encourage you to subscribe to our mailing list so that we may periodically notify you of interesting classic cars that become available.
Home > Classic Cars For Sale > American LaFrance > 400 Series > 1936 American LaFrance 400 Series