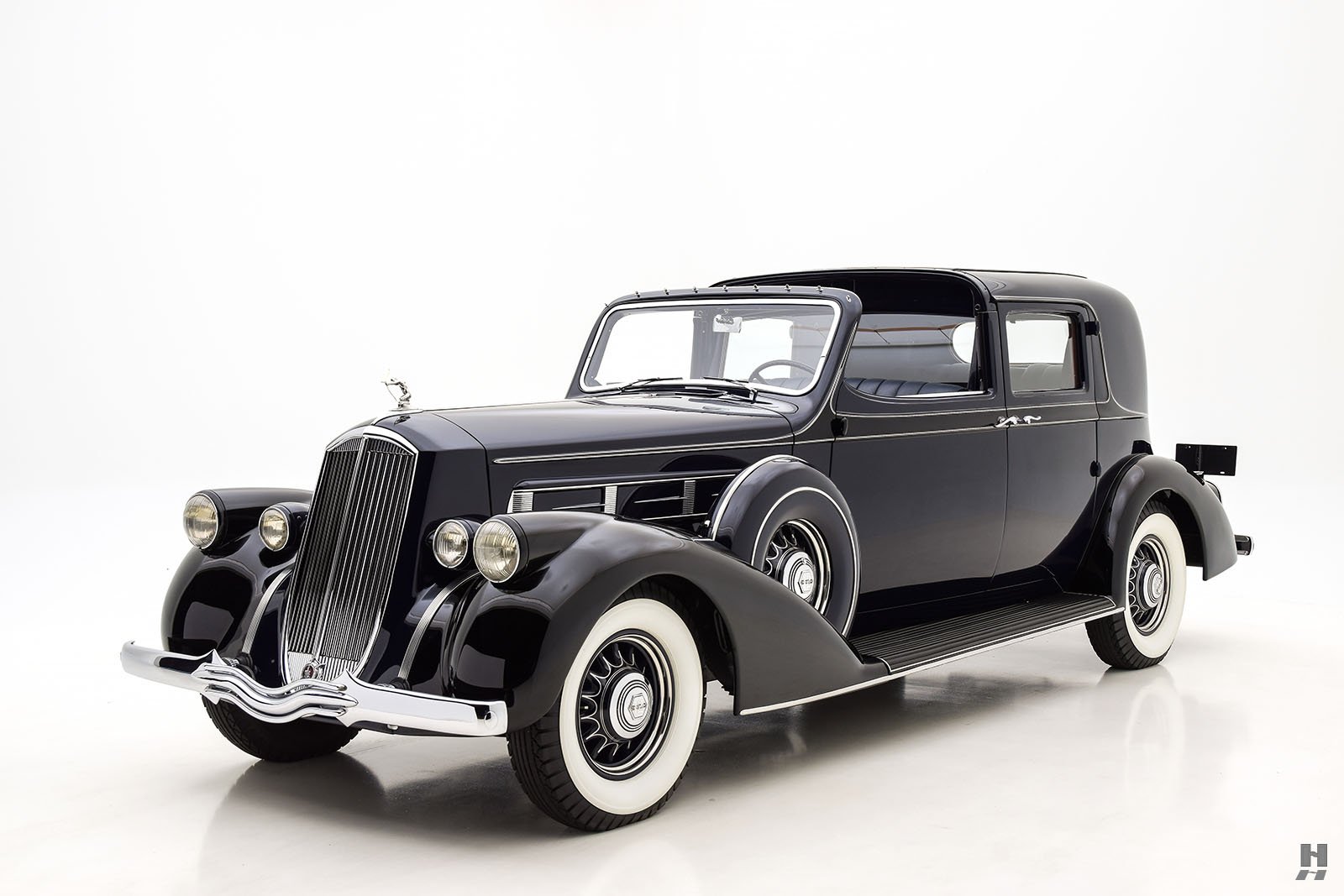 Price: USD $225,000
In 1930 Cadillac spawned a multi-cylinder race among manufacturers with Packard and Lincoln quick to respond to Cadillacs own Sixteen with their own V12 engines and Marmon matching Cadillac with a superb V16 of its own. Pierce-Arrow once one of the most storied luxury motorcar manufacturers in America was working hard to keep up with the rapid pace of development among competitors. They had earned a reputation for quality that was virtually unmatched boasting impressive customer loyalty. Pierce-Arrow was finally able to react to Cadillacs flagships in 1932 with the introduction of a line of V12 engines. Power output of 150 horsepower for the larger unit was very respectable but for the following year Pierce dropped that smaller engine for a 462 cubic inch unit producing a full 175 horsepower to match the output of the benchmark Cadillac Sixteen. But the Great Depression had been hard on Pierce Arrow and they began to shed money at an alarming rate. A group of New York bankers was called in to bail out the firm which resulted in a forced and major restructuring.Pierce-Arrow introduced their last all-new model in 1936. The bodies were redesigned with styling that kept the signature faired-in headlamps but was altogether more streamlined sweeping and modern. The 1936-38 cars were given a distinctive four headlights arrangement that sets them apart from earlier models. Mechanically the cars were improved with an overdrive transmission and vacuum-boosted brakes as standard equipment with eight and twelve cylinder engines offered. The 1936 Pierce-Arrows were among the finest cars the company had produced but the writing was on the wall and they would only build cars through the 1937 and 1938 seasons before the company was declared insolvent; its machinery dies and stores all tragically being scrapped a few years later for the War effort.This magnificent 1936 Pierce-Arrow Twelve is a very special automobile wearing one-off coachwork built by Derham Body Company per a commission by the Pierce factory. Pierce-Arrow generally favored Brunn for their production bodies but Derham Body Company of Rosemont Pennsylvania was likely chosen for this flagship design because of their impeccable reputation for quality attention to detail and style. This unique Town Car was built with the intention of offering it as a premier catalog custom for top tier clientele however given the tumultuous financial state of the firm the body was never cataloged for the 1937 model year and this remains the only example produced. After being shown it was sold by the factory to the flamboyant and wealthy Charles Cobb Walker of Manchester Massachusetts one of the factorys best customers in its later years; he bought three Pierces in 1936 and 1937 reportedly going so far as to arrange for consecutive serial numbers.In the years following the Second World War Walkers estate including the three Pierces was sold to lumber magnate John Grossman who then sold our subject Derham Town Car on where it found several short term owners. It eventually was acquired by Loren Holland of New York who sold it to a noted Pierce-Arrow enthusiast Bob Sands in 1975. Over the course of the next seven years this Pierce Town Car received an award-winning restoration. In 1990 it was featured inThe Classic Car Beverly Rae Kimess famous book in which Mr. Sands noted It drives and rides like a Pullman car. Its looks appointments styling and quality can be best summed up as the closest an automobile can get to a palace on wheels.The next owner was the late Roy Warshawsky founder of the legendary mail order auto parts company J.C. Whitney and a highly respected car collector. More restoration work was done by Warshawsky before passing the car on to Oklahomas John Groendyke where it was continually shown racking up top honors from the Antique Automobile and Classic Car Clubs of America as well as the Pierce Arrow Society.It remains resplendent in its dark blue livery striped in silver and with beautiful plating and fine quality detailing. The paintwork while older remains very attractive thanks to the expert attention it has received in the hands of these famous collectors. Durhams design is superb in its clean and elegant appeal the unique rear roof treatment being a notable highlight. The drivers compartment is appointed in businesslike blue leather with a full array of original instruments and original controls. The rear cabin is trimmed in wool broadcloth with beautiful blue carpeting and luxuriously equipped with a foot rest jump seats divider window coach lamps and a height adjustable rear cushion. All soft trim and cabin details remain in very fine order.Pierce Arrows magnificent V12 engine is gorgeous to look at and runs in virtual silence with turbine smoothness and impressive power. Undoubtedly one of the most significant and attractive formal-bodied Pierce-Arrows this fabulous and one-of-a-kind motorcar boasts a superb history and a quality restoration with which few can compare.For additional details please view this listing directly on our website https://hymanltd.com/vehicles/6671-1936-pierce-arrow-salon-twelve-town-car-by-derham/

Note from the publisher:
Welcome to our collector car marketplace where we feature thousands of classified ad listings of vintage cars for sale. We hope that you will bookmark our site and visit often; our cars are updated every day. Furthermore we encourage you to subscribe to our mailing list so that we may periodically notify you of interesting classic cars that become available.
Home > Classic Cars For Sale > Pierce-Arrow > Salon Twelve > 1936 Pierce-Arrow Salon Twelve