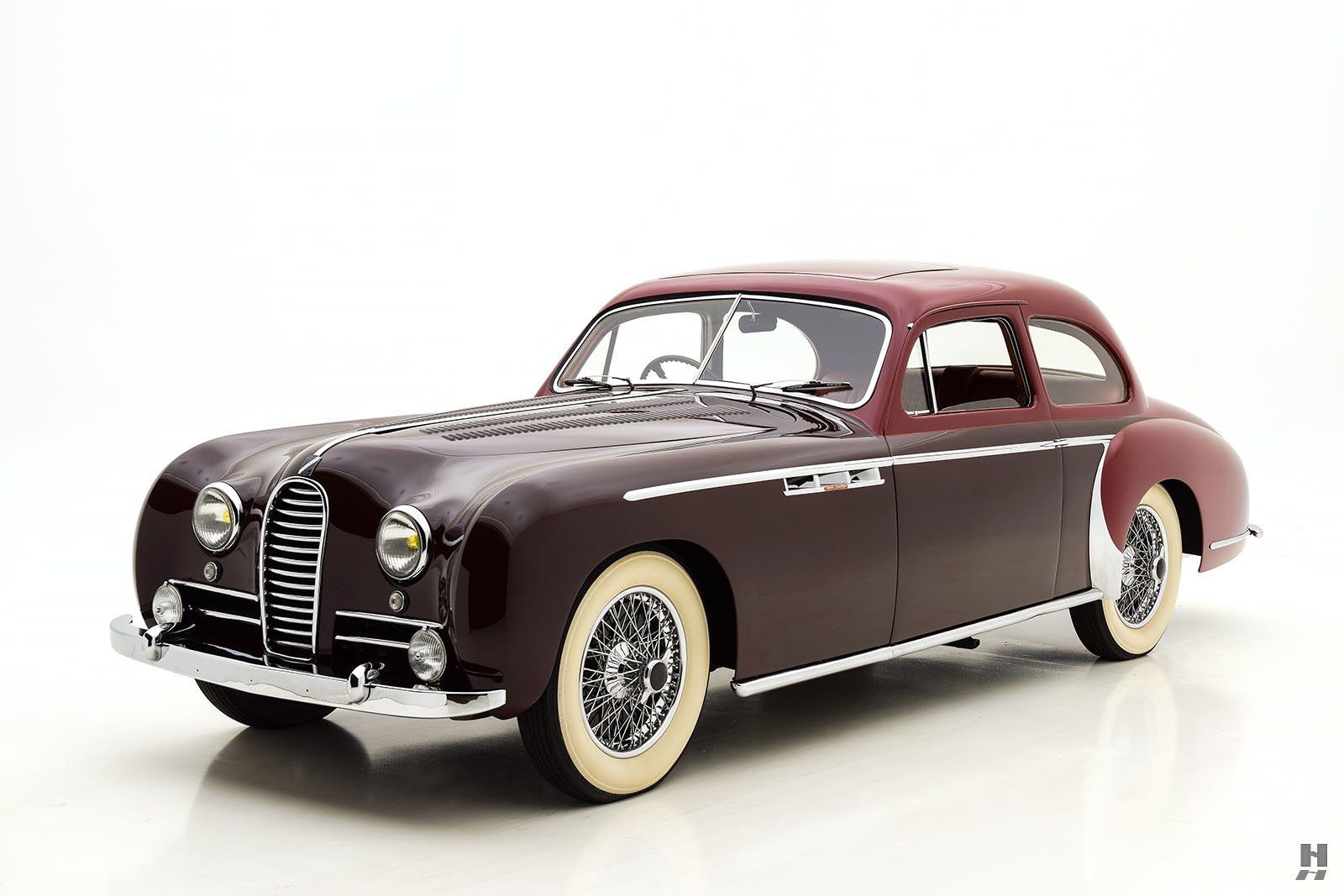 Automobiles Talbot was once part of a conglomerate of both French and English companies that included Sunbeam Talbot and Darracq. Builders of mid and upper market luxury cars to compete with the likes of Salmson Delahaye and Delage the company was rife with chaos in the upper management and built a number of cars that competed for the same buyers. Rather confusingly both British and French versions of Talbot cars were offered not necessarily related to one another. Given the confusion in which S.T. D. Motors LTD was run it was not terribly surprising when the firm collapsed in 1935. In the fallout the brands were split apart with Sunbeam and British Talbot going to the English Rootes Group and the French side of Talbot (formerly Darracq) fell into the hands of Italian-born Anthony Lago who had been acting as General Manager for the firm for the past year. Lago was a gifted engineer and a visionary leader and in his new position as head of his own automobile company he set about designing a new high-performance engine for the current models still in production. The existing bottom-end was reworked and an all-new cylinder head was fitted with overhead valves hemispherical combustion chambers and centrally mounted spark plugs not unlike that of a BMW 328. The new model was dubbed Grand Sport in 110 horsepower form or Baby Sport for the 80 horsepower version. All models now had independent front suspension and Wilson Pre-Select gearboxes were fitted to the highest spec models.The new engine and chassis revisions were responsible for the survival of Talbot with chassis-only Lago SS models supplied to many of the great Parisian coachbuilders with the likes of Figoni et Falaschi building some of their most iconic designs atop Talbo-Lago chassis. After WWII Tony Lago again revised his six-cylinder engine increasing capacity to 4.5 liters for the T-26 and adding a re-designed head with twin camshafts and a new seven main bearing block. This powerful and robust engine proved itself a worthy competitor in motorsport winning the grueling 24H LeMans in 1950. In road trim the engine was smooth and reliable making Talbot-Lagos the preferred choice for European elite to enjoy cross-continental grand tours.This example a 1951 T-26 Record Coupe wears beautiful coachwork by Henri Chapron one of the truly great Parisian designers and coachbuilders. This particular car is one of three similar designs produced for the Chapron stand at the Paris Auto Salon. The design was highly regarded by the jury and awarded a prize for its progressive modern elegance. From the show stand it was sold new to a Mr. Migliaccio of Italy. It resurfaced in the early 1970s in the hands of none other than Formula 1 World Champion and noted motoring enthusiast Phil Hill who had it repainted in its original black livery. In 1983 it was sold to Duke Davenport of Tucson Arizona who thoroughly enjoyed driving and showing the car. In his ownership it was awarded an AACA National First Place in San Diego California an event Mr. Davenport proudly drove to and from in this gorgeous Talbot-Lago.Following Mr. Davenports passing the Talbot-Lago went to Omaha Nebraska-based Don Sears in the late 1990s then on to two subsequent owners the latter of which treated the car to a sympathetic cosmetic restoration which included all new paintwork and interior trim. Following the restoration the car was shown at the Pebble Beach Concours dElegance in 2003.Today the Talbot-Lago presents in lovely condition the restoration having mellowed nicely and the car taking on a rich and inviting charm. The high quality Chapron coachwork is nicely detailed with its split and louvered bonnet sliding sunroof and driving lamps atop the beautifully sculpted bumpers. The flowing and streamlined design is interspersed with restrained flashes of chrome and geometric vents in the wings. It rides on gorgeous 18 Rudge chrome wire wheels with the brake drums painted medium red to accent the lighter of the two body tones. It is a beautiful design and presented in fine order with a good older restoration high quality finishes and excellent bright work.The two-tone red theme continues inside with the red seats and door cards featuring exotic ostrich inserts. Burgundy wool carpets are bound in red leather and the interior fittings and hardware are very well-presented. The wood door caps are beautiful and the dash is done in painted wood-grain to match. Correct French Jaeger instruments and a Bayard clock are in good order as is the switchgear and original four-spoke steering wheel. The boot has been trimmed in carpet to match and is likewise in excellent condition.Beneath the two-piece louvered bonnet lays the 4.5-liter Tony Lago-designed inline six which breathes through twin Zenith carburetors. The engine #26538 produces a very healthy 170 horsepower driving the rear wheels via a Wilson Pre-Select transmission as equipped from new. It is very well presented in clean and tidy order appearing very original and largely correct. Thankfully the restorers were careful to preserve the cars original feel as it has only received restoration work as-needed over the years having never been fully torn down. That original quality in combination with powerful inline six and light nimble race-derived chassis make this Talbot-Lago T-26 is an absolute pleasure to drive. The rare and elegant Henri Chapron Coachwork impart impeccable style to form what is the ideal formula for a classic Talbot-Lago: Stunning looks and breathtaking performance in one beautifully crafted package. This fine automobile would make an excellent touring companion is worthy for mid-level shows and concours and it has the performance and comfort to make an outstanding choice for rallies.For additional details please view this listing directly on our website https://hymanltd.com/vehicles/5911-1951-talbot-t26-record-coupe/

Note from the publisher:
Welcome to our collector car marketplace where we feature thousands of classified ad listings of vintage cars for sale. We hope that you will bookmark our site and visit often; our cars are updated every day. Furthermore we encourage you to subscribe to our mailing list so that we may periodically notify you of interesting classic cars that become available.
Home > Classic Cars For Sale > Talbot > T26 Record > 1951 Talbot T26 Record