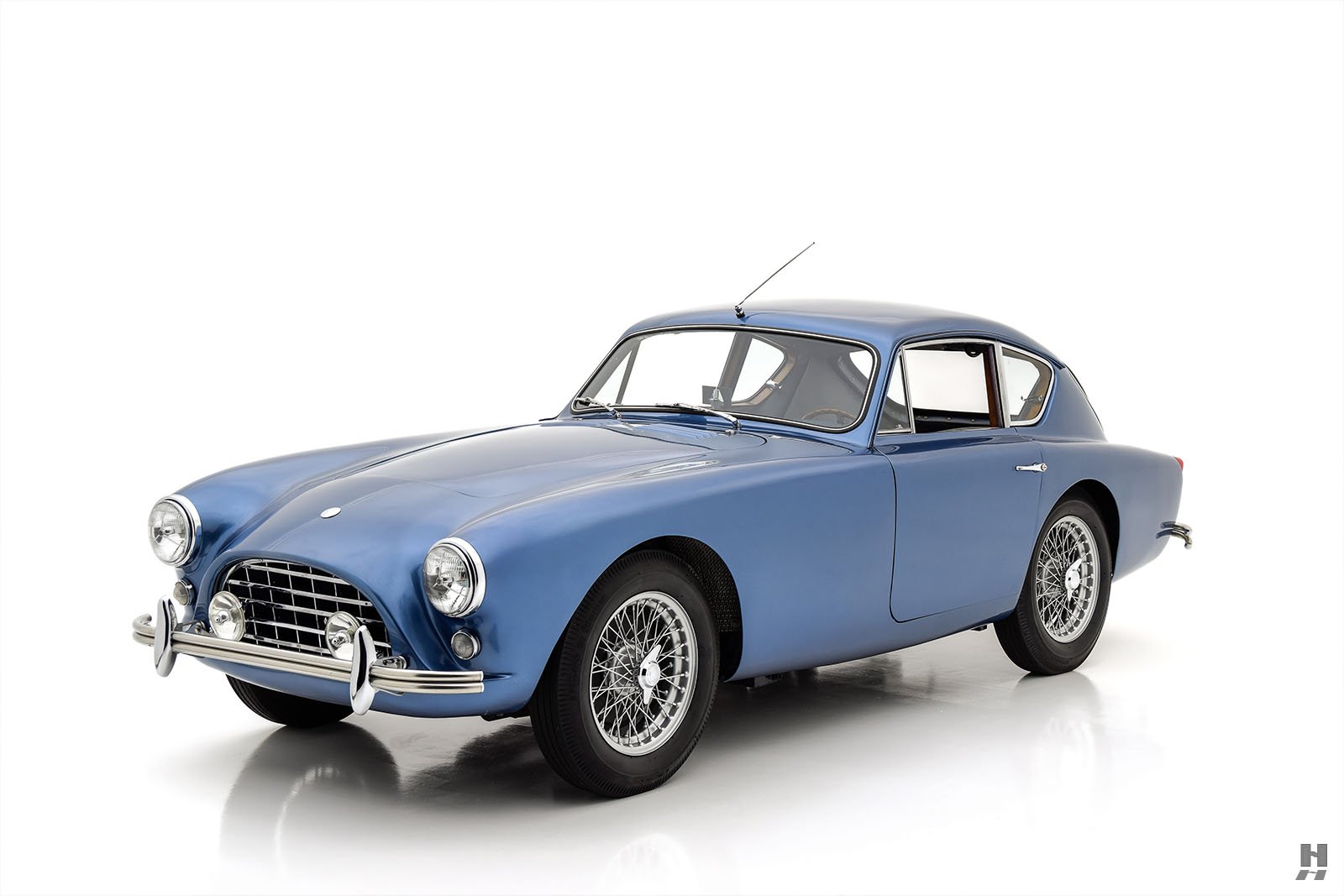 AC Cars Ltd. has a long and illustrious tradition of building some of Britains most memorable sporting cars. Founded in 1908 the company first made utility vehicles delivery and trade under the Auto Carriers banner. Around 1920 new management arrived and reorganized the company as they shifted focus to become serious manufacturers of quality sporting cars. Racing and record-breaking became a priority and the achievements quickly followed with AC scoring the first ever British victory in the 1926 Monte Carlo Rally. A series of sporting saloons and touring cars sustained AC until the outbreak of World War II when wartime contracts made AC a handy profit.By the early 1950s sales of their saloon cars began to fall and management decided a new direction was needed to keep AC Cars relevant. The company hired a talented young designer named John Tojeiro to design a new sports car around ACs venerable inline-six. Tojiero caught the attention of AC after word got out about the exquisite sports racing cars he built in a rented garage near the AC factory. For the new road car he applied his racing experience equipping the car with four-wheel independent suspension and a twin-tube chassis. First shown at the 1953 Earls Court Motor Show the Ace was a beautiful little two-seat roadster that held the distinction of being Britains first all-independent suspension sports car. The venerable overhead cam AC 1991 cc inline six was standard with a Bristol-sourced 2-liter six coming later as an option. Production began in 1954 and buyers relished in the Aces sublime handling and 100mph performance.In 1955 the pretty Ace roadster was joined by the equally lovely two-seat fixed-head Aceca Coupe. With an emphasis on Grand Touring the new coupe came equipped with roll-up windows improved sound insulation and a useful boot beneath the opening rear hatch. The performance was nearly identical to the open car and the looks were unspoiled (some would say they were enhanced) by the addition of the lovely flowing roofline. Whether one prefers the open Ace or the closed Aceca the elemental design is one of the greatest of all time achieving iconic status through the many Cobra replicas that are still produced today.This 1958 AC Aceca is an original left-hand drive example and one of just 151 AC-powered Acecas produced in total. Chassis number AEX672 this car was completed on June 24 1958 and shipped to BC Sports Cars of Vancouver British Columbia. Exceedingly rare this is one of just 28 AC-powered Acecas produced in 1958 and one of only 11 exported to Canada during the models entire run. It is an attractive car that has never been entirely apart instead treated to restoration work where needed and now presented with a charming road-ready character. In 2007 AEX672 received some careful restoration work including a bare-metal respray with an emphasis on retaining the cars exceptional originality. Concurrently the AC 2-liter inline-six (number 2356-W) was rebuilt with particular care given to preserving the original look. The car benefits from regular use care and maintenance at the hands of its current enthusiast owner.Attractively finished in light metallic blue the Aceca rides on argent painted 16-inch wire wheels shod with correct style B.F. Goodrich Silvertown bias-ply tires. As this car has seen regular road use a few minor touch-ups can be found on close inspection yet there remains a lovely and warm luster to the paintwork. Body fittings and accessories include the rare tubular bumpers the classic egg-crate grille and the scarcely seen roof-mounted aerial. A pair of period correct Lucas Flamethrower driving lamps on custom brackets supplement the tripod headlamps.The interior is a particular highlight of this marvelous Aceca. Original leather covers the seats dash and door cards and the wood door caps and fascia panels have been carefully preserved. Newer carpets integrated nicely into the otherwise original cabin. Numerous rare period-correct accessories include the radio and speaker box green tinted Perspex sun visors optional Moto-Lita steering wheel even the original seat belts. Smiths dials are restored and the switches and controls are in excellent original order. At the time of the restoration the window frames were re-chromed and both the windscreen and Perspex rear hatch window were replaced. An original owners manual and a very rare factory tool kit are included in the sale.Under-bonnet detailing is also quite tidy with a polished cam cover and a trio of S.U. carburetors. Numerous records show the car was regularly serviced and maintained with recent receipts for a new fuel tank and additional maintenance items. The AC six runs and sounds good emitting an evocative bark from the exhaust although a recent period of disuse means some additional dialing-in and service is recommended.Following its restoration the Aceca was shown at several prestigious concours including the Amelia Island Concours dElegance in 2009 as well as the Meadowbrook Concours and Glenmoor Gathering in the same year. Enthusiasts covet the Aceca for the performance Italianate styling and practicality. This cars charming well-preserved character make it ideally suited for entry into a wide array of driving events tours and rallies around the world. It is eligible for such as the Colorado Grand Tour Auto and the Targa Florio; events that are sure to highlight the Acecas exquisite poise and charming character.Please note that this Aceca is a 1958-model year car; however it is currently titled as a 1959-model year.For additional details please view this listing directly on our website https://hymanltd.com/vehicles/6355-1958-ac-aceca/

Note from the publisher:
Welcome to our collector car marketplace where we feature thousands of classified ad listings of vintage cars for sale. We hope that you will bookmark our site and visit often; our cars are updated every day. Furthermore we encourage you to subscribe to our mailing list so that we may periodically notify you of interesting classic cars that become available.
Home > Classic Cars For Sale > AC > Aceca > 1958 AC Aceca