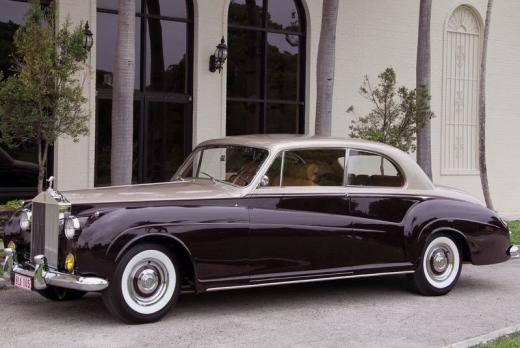 
An especially elegant creation first supplied to a Mr. Frank J. Gill of Millbrook, New York on July 9, 1961, this work of art has enjoyed the stewardship of several noted automobile connoisseurs of the era including Mr. William Payson of Southport, Connecticut (1970) Sam Scheer of New York and Palm Beach, Florida (1972), Dr. Earl Heath of Pittsburgh, Pennsylvania and Miami, Florida (1973) and Ray Lutgert of Naples, Florida, (1976).

In the late 1980s it was supplied to the noted Mr. B. Laleman of Gent, Belgium and remained with him until late 2006 when it was supplied by the noted Swiss dealer Lukas Huni to the Blackhawk Collection of California for an important collector client. The extensive 26 years of service files accompany the automobile.

It was acquired by ourselves in 2017 in acceptable order but cosmetically somewhat weathered. It has since been upgraded and the mechanical aspects thoroughly prepared to our standards.

This remarkable performer is available for inspection and demonstration at your convenience.

Note from the publisher:
Welcome to our collector car marketplace where we feature thousands of classified ad listings of vintage cars for sale. We hope that you will bookmark our site and visit often; our cars are updated every day. Furthermore we encourage you to subscribe to our mailing list so that we may periodically notify you of interesting classic cars that become available.
Home > Classic Cars For Sale > Rolls-Royce > Phantom V > 1961 Rolls-Royce Phantom V