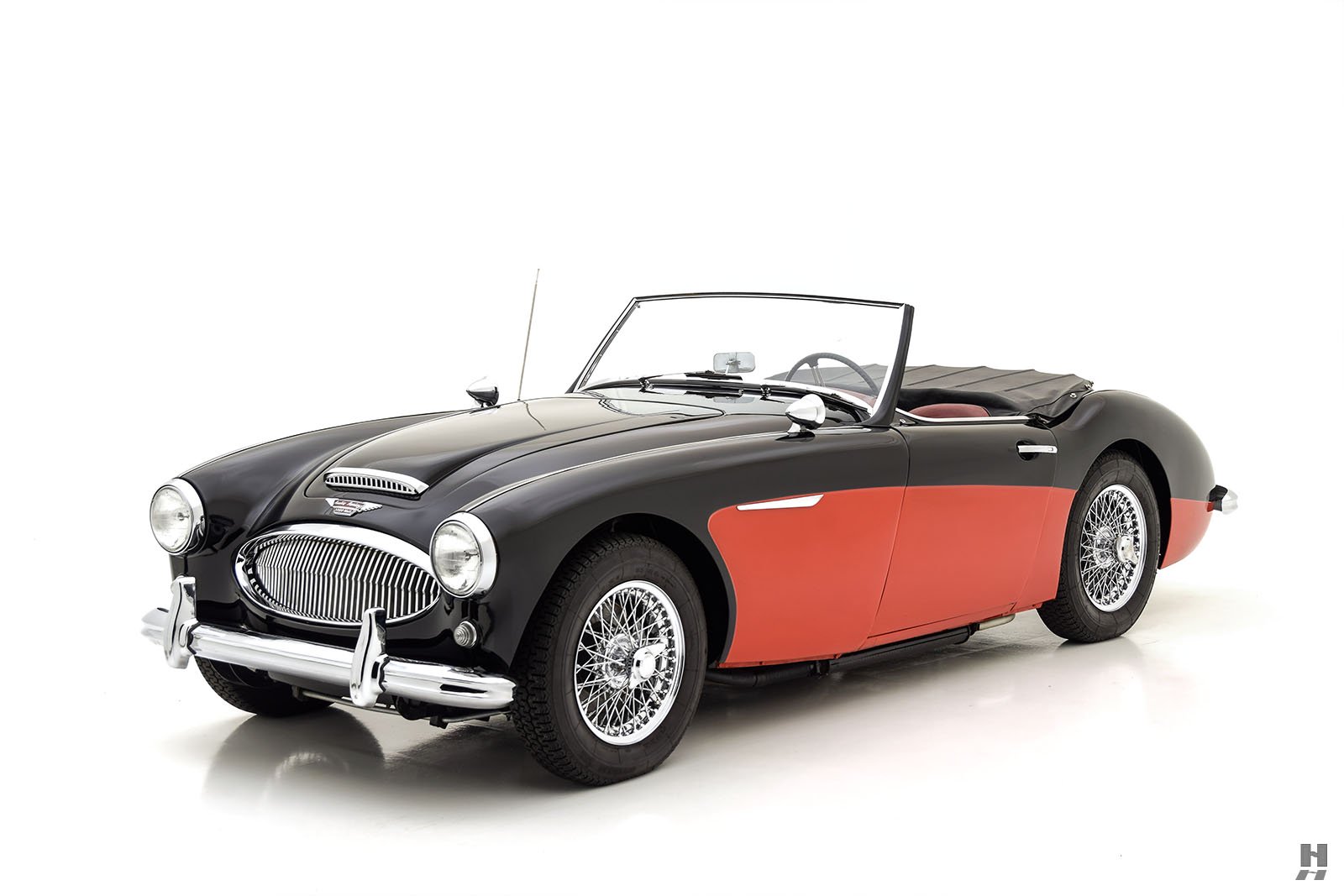 Once Donald Healey phased out production of his unique Riley-powered cars he went in search of a new partner to build sports cars. Toward the end of a brief yet relatively unsuccessful venture with Nash he created an Austin-based prototype hoping to attract the attention of top brass at Austin. The so-called Healey Hundred would prove to be the first of several automobiles born of a fruitful relationship between engineer/entrepreneur Donald Healey and the Chairman of Austin Leonard Lord. Austin was looking to save face after the A90 Atlantic failed to make a splash in the USA. Concurrently Donald Healey ran out of Riley engines for his own cars and the slow-selling Nash-Healey was not long for this world. The timing of the Austin-Healey partnership couldnt have been better as the American market was rapidly developing an insatiable appetite for imported sports cars. The MG T-series was affordable but rudimentary while the Jaguar XK120 was fast exotic and expensive. Buyers who wanted more performance than an MG offered but couldnt stretch to the Jaguar found the Austin Healey 100 to be the ideal fit. With their beautiful quick and affordable 100 Donald Healey and Leonard Lord had a hit in the making.In the quest for more power the 100-6 superseded the 100 in 1956 based around BMCs 2.6-liter C-Series inline-six borrowed from the full-size Austin Westminster saloon. By 1959 the 100-6 was renamed 3000 coinciding with a bump to a full three liters. Like the 100-6 before it the Healey 3000 was available in two-seat or four-seat configuration with the four-seat version proving to be the more popular option. With the MkII version came some significant mechanical improvements most notably the addition of servo assistance for the front disc/rear drum brake arrangement. Triple S.U. carburetors allowed the 2912 cc inline-six to breathe better and make a respectable 132 horsepower. Within the Mk II series were two distinct iterations the BT7/BN7 (identical save for the additional seats of the BT7) and the BJ7 which offered more equipment to meet market demands. As such the triple-carburetor BT7 MK II is the last of the raw bare-knuckle Big Healeys with a simple removable soft top side curtains and the tri-carb six it is one of the best of the breed.This 1962 Austin-Healey 3000 Mk II is a desirable BT7 model with triple carburetors. As one of just 5451 built it is one of the rarer iterations of the classic Big Healey. The British Motor Industry Heritage Trust Certificate shows this to be a USA-export model originally delivered to San Francisco in October of 1961. Believed to be a longtime California car it was treated to a complete restoration in the early 2000s beginning with a sound and rust free base. It is now finished in a handsome color combination of black over Reno Red lower panels with a complementary red interior.Now with approximately 25000 miles added since the rotisserie restoration the car remains in very good condition with a pleasing mellow character. The paintwork is in fine order with good finish quality. A couple of minor imperfections are noted although they do little to detract from the otherwise sharp presentation. The brightwork is excellent with recently refreshed bumpers and trim pieces and beautiful chrome Dayton wire wheels. Period correct Michelin 185-15 radials maintain the proper stance and handling characteristics.The 2+2 cockpit offers additional practicality over the two-seater which is why the BT7 proved so much more popular with buyers. This car features period correct red upholstery with black piping and red carpets all appearing in good condition with an inviting character from many miles of top-down enjoyment. Original instruments are in good condition and the car retains the factory Smiths heater. Supplementing the fitted tonneau cover is a newer convertible top in factory-correct black vinyl. A set of side curtains is also included.According to the Heritage Certificate this car retains its original engine which was reportedly rebuilt along with the gearbox and overdrive at the time of restoration. It presents in proper Healey Green on the block and head with pleasing detailing and a neat overall look. The engine runs very well on the original carbs with the signature growl from the big six.With its minimalist cockpit lightweight and gutsy three-liter engine the Mk II BT7 is considered by many enthusiasts to be the last of the pure Big Healey models. It is also one of the best to drive thanks to the trio of SU carbs and servo assisted brakes. This example benefits from a good quality restoration followed by years of attentive care. Recent freshening ensures it remains in excellent cosmetic and mechanical order ready for its next enthusiastic owner to enjoy many pleasurable miles from behind the wheel.For additional details please view this listing directly on our website https://hymanltd.com/vehicles/6298-1962-austin-healey-3000-mkii-roadster/

Note from the publisher:
Welcome to our collector car marketplace where we feature thousands of classified ad listings of vintage cars for sale. We hope that you will bookmark our site and visit often; our cars are updated every day. Furthermore we encourage you to subscribe to our mailing list so that we may periodically notify you of interesting classic cars that become available.
Home > Classic Cars For Sale > Austin Healey > 3000 MKII > 1962 Austin Healey 3000 MKII