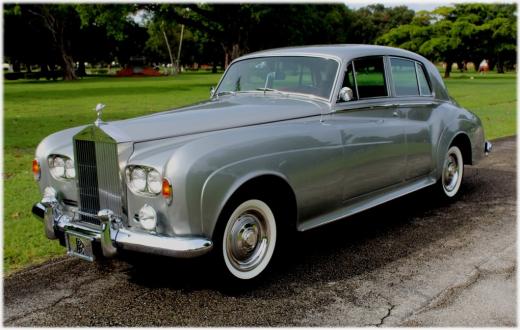 Price: Contact Seller for Price
Among the last examples (the KP series is the final version) of this modern day classic produced, this exceptional automobile was acquired by us from Southern California where it had spent its entire rust free life since first delivered on 11 August 1965 to Mrs. Frances Hammer, wife of the famed industrialist Armand Hammer at their Los Angeles estate.

It was later gifted to her niece, Mrs. Joan Weiss of that city where it remained until acquired with a total of slightly over 34,000 miles from new by an enthusiastic collector who initially planned to retain it but was reportedly daunted by the additional improvements contemplated and merited and therefore resold it to us.

The original Shell Grey (Silver) lacquer finish had faded while in Mrs. Weiss' care and was redone to very high standards by a well-respected facility in California. However, there was some attention required to bring LSKP379 to our standards.

The front seats were misshapen, especially the driver's cushion and fresh Scarlet VM3171 Connolly hides to match the balance of the remarkably well preserved interior were obtained and used to re-trim them. The road springs were original and have been rebuilt and replaced as required for proper standing height and ride quality. The engine showed evidence of having been overheated at some time in the past. Out of respect for the condition and history of this specimen, we elected to completely rebuild the original engine including the fitment of new pistons of superior design, rather than to attempt localized repairs. An authentic original under-wing dashboard vented air conditioner was obtained and fitted, as Mrs. Hammer had not opted for it when ordering the vehicle.