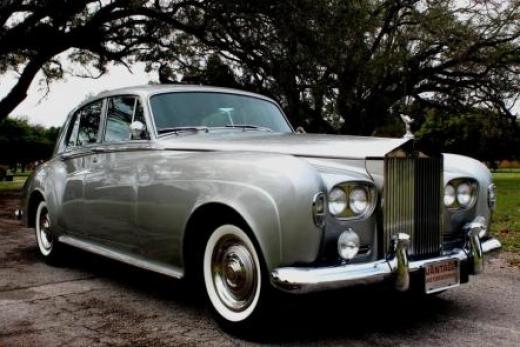 Finished as originally supplied on November 11, 19165 to Mrs. Dorothy Sorer of Indian Creek Island, Miami Beach, Florida in Shell Grey with Black Connolly hides, this air-conditioned example has never been involved in any sort of collision nor has it been the victim of structural corrosion.

HISTORY
Mrs. Storer's husband George Storer was the founder of Storer Broadcasting Systems, the forerunner of today's Comcast. On June 10, 1983 after her demise in June 1982, ownership of the car passed to her driver, Robert A Bouchard who sold it to Vantage Motorworks one week later.

After a thorough service and review it was resold on September 26, 1983 to an avid collector from Ft. Lauderdale, Florida. The mileage reading at that time was 44,316.

It was repurchased from that gentleman by ourselves in April 1993 at 57,184 miles in good order. We resold it to its fourth registered owner, a resident of Houston, Texas. As part of our preparations, the faded exterior lacquer was refinished and the original hides were re-dyed to Light Grey to suit. The interior woods were re-lacquered at the same time.

During the ensuing quarter century, the car was well looked after by the recognized premier independent specialist service facilities of the area. Upon our reacquisition in April 2018 it did require a thorough recommissioning and servicing to bring it to its current condition. The half-century old interior hides were unsurprising cracked and the original carpets proportionately worn. Fresh correct Black hides and proper wool broadcloth carpets were part of our current preparations and are shown in the photos.

The original books in their jacket and complete tools accompany this fine performer.