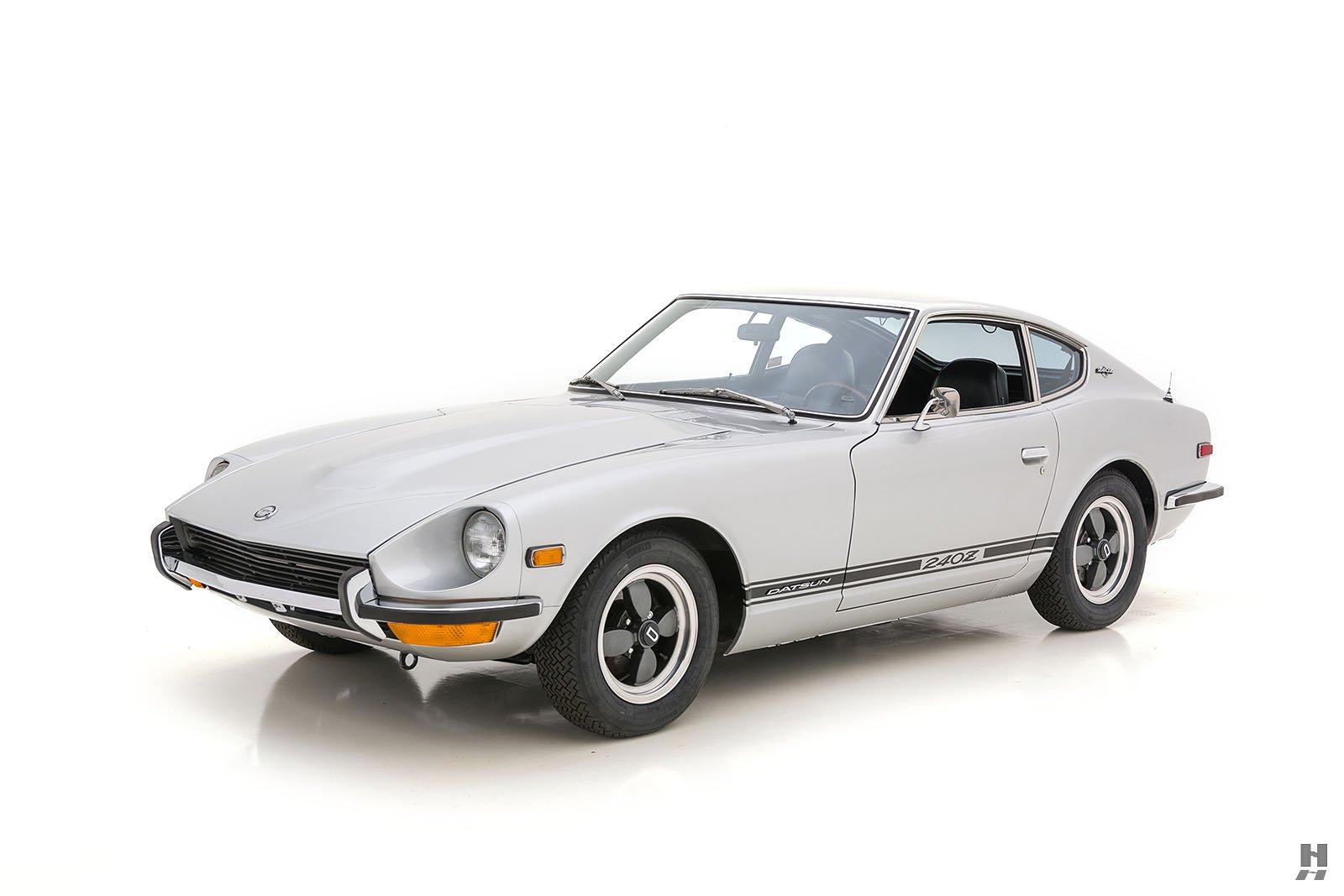 Price: USD $78,500
In the early 1960s Japanese manufacturers got serious about taking on new markets particularly in the increasingly critical North American arena. As British and German carmakers made inroads in the USA the Japanese struggled to find their footing. In the 1950s Americans held a cultural bias against the Japanese and considered their cars to be cheap and poorly made. The quirky styling small size and four-cylinder engines flew in the face of the American convention that bigger is better. But as time progressed companies like Toyota and Datsun gradually found favor among a growing contingent of buyers who appreciated the quality and dependability as well as the quirks.Datsun (under the parent company Nissan) was particularly keen on using international motorsport to strengthen their reputation. As early as the 1950s they participated in the Australian Mobilgas Reliability Run and in 1966 began a string of successes in the grueling East African Safari Rally. As Datsun witnessed the MG Triumph and Jaguar prosper in the USA they felt a two-seat roadster would take on the best of Britain. While sales of the 1600 and 2000 roadster hardly made a dent in the Brits those in the know including numerous SCCA competitors were quick to realize the superior nature of the Datsun roadsters.In 1969 Datsun succeeded the 2000 roadster with their first sports car specifically designed for a worldwide audience. The vision of the groundbreaking 240Z came from Nissan Motors USA boss Yutaka Katayama known by legions of loyal fans as Mr. K. He along with the Japanese design team led by Yoshihiko Matsuo created an affordable sports car that combined the best of Japanese engineering excellence with the flavor and flair of a European GT. Credit for the 240Zs iconic styling often goes to Count Albrecht von Goertz. However he played a relatively minor role in the cars creation guiding Matsuos design team on earlier projects that eventually formed the foundation for the 240Zs beautiful Japanese-penned lines.Mechanically the 240Z borrowed heavily from across the Nissan range incorporating sophisticated four-wheel independent suspension disc brakes up front and excellent weight distribution. The 240Z was an immediate hit and Datsun/Nissan built more than 165000 of them through 1973. Now as much as ever the 240Z is a cult classic beloved by enthusiasts worldwide for its gutsy power striking good looks and surprising practicality and it remains one of the most widely adored and collectible Japanese cars of all time.This highly desirable 1970 240Z is an outstanding example of Datsuns perennial classic presented with a beautifully detailed restoration. The high-quality bare-metal repaint was done in the early 2000s using a superb original car as a basis. The odometer shows approximately 60000 miles which is believed to be accurate. This Z-car is in exceptional condition with high-quality paintwork and detailing. In the time since the restoration it shows evidence of regular careful use and as a result a minor touchup or two is evident on inspection. It remains a beautifully sorted car with remarkably fresh cosmetics. In addition to the outstanding paint and bodywork the bumpers and bright trim are restored and in superb order. A set of period reproduction American Racing Libre 4-spoke mag wheels wear chunky 205/60-14 Michelin radials to fill out the wheel wells nicely giving the car a purposeful and aggressive stance. As with any cult-classic many owners modify their Z-cars to suit their taste but thankfully this car is refreshingly authentic inside and out.The 240Z offered buyers a surprisingly roomy and comfortable cabin making the car suited to long-distance touring as much as carving up canyon roads. The superb interior of this car features correct original-style black vinyl upholstery on seats and door panels. Proper quilted vinyl material covers the transmission tunnel and rear strut towers and the luggage compartment features what appear to be excellent original carpet and nylon luggage straps. Air conditioning is a welcome addition to ensure long-distance comfort. The textured plastic dash looks factory-fresh housing superb factory instruments switchgear and even an original AM radio. Finishing touches include a wood-rimmed steering wheel and a walnut shift knob for the four-speed gearbox.With the 240Z Datsun created one of the most significant Japanese drivers cars of all time. The 2.4-liter inline-six delivers abundant torque and a glorious throaty howl from the exhaust. McPherson and Chapman struts provide balanced handling and the steering brakes and gearbox have a direct quality that belies the 240Zs budget sports car category. Lifting the forward-hinged hood reveals a well-detailed inline-six with correct orange air cleaner stenciled radiator hoses and proper blue-green engine paint. Particular components including the Nissan oil filter detailed brake booster original under-hood light and factory Nissan starter motor point to the cars meticulous restoration and attentive maintenance history.On the road this 240Z truly shines with exceptional performance and road manners. It is superbly dialed-in and a thrill to drive delivering prodigious torque and a sonorous wail from the exhaust. This Datsun is one of the best driving Z-cars weve had the pleasure to offer with the added benefit of superb cosmetics that make well suited for casual show. Datsun showed the world the Japanese could best the Brits at the sports car game all while striking a chord with fickle American buyers. The 240Z is the first of a long line of Z-cars that continues today and it will always be a favorite among collectors and driving enthusiasts alike.Offers welcome and trades consideredFor additional details please view this listing directly on our website https://hymanltd.com/vehicles/6527-1970-datsun-240z-coupe/

This 1970 Datsun 240Z was listed for sale on 9-20-19 06:26:54. The vehicle color is silver and VIN is HLS3003047 . Kindly check ad for seller's location. Seller`s stock ID is hyman6527. There are other Datsun cars currently listed for sale on our website. You may desire to see what other Datsun cars are selling for by visiting our Sales Data page.

Note from the publisher:
Welcome to our collector car marketplace where we feature thousands of classified ad listings of vintage cars for sale. We hope that you will bookmark our site and visit often; our cars are updated every day. Furthermore we encourage you to subscribe to our mailing list so that we may periodically notify you of interesting classic cars that become available.
Home > Classic Cars For Sale > Datsun > 240Z > 1970 Datsun 240Z