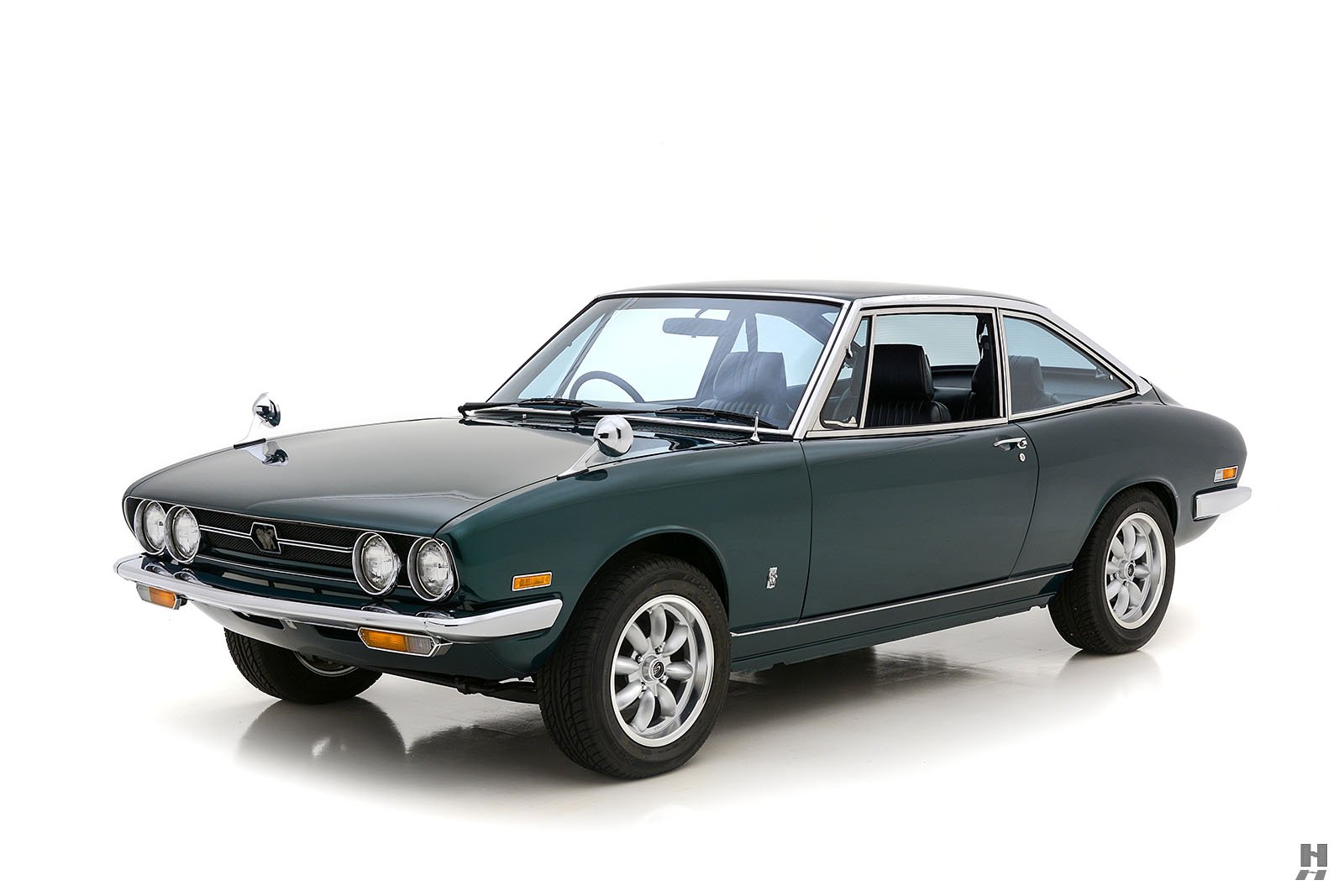 Price: USD $36,500
Isuzu Motors had a relatively short existence in the US Market but the company is one of Japans oldest automakers with loyal fans worldwide and with roots back to the dawn of the Japanese motor industry. Then known as the Tokyo Ishikawajima Shipbuilding and Engineering Co. they transitioned from shipbuilding to motorcar manufacture in 1918 building British Wolseley cars under license. They briefly merged with DAT to form Sumida which produced Japanese military vehicles during World War II. After the war DAT split off to become Nissan (Datsun) and Isuzu Motors was formed in 1949.While Isuzu of today is widely recognized for its robust diesel-powered trucks they have a rich history of producing stylish and innovative passenger cars. The first Isuzu car designed entirely in-house was the Bellel of 1961. The Florian replaced it in 1967 and the line was expanded to include the smaller Bellet and the sporty 117 Coupe. Various diesel and petrol engines powered the new range with single or twin overhead cams and electronic fuel injection available as early as 1970. The star of the show was the 117 Coupe boasting a beautiful two-door coupe body designed by the maestro of Italian style Giorgetto Giugiaro.The 117 was one of Giugiaros first major projects as Styling and Design Director at Ghia. Before his brief tenure at Ghia he worked for Bertone and Fiat Special Design building a staggering portfolio that included such legendary machines as the Maserati Ghibli Alfa Romeo Giulia Iso Grifo and De Tomaso Mangusta. He left Ghia to form Italdesign in 1967 where he flourished for the next four decades. Giugiaros Italdesign created such iconic cars as the Mk1 Volkswagen Golf DeLorean BMW M1 Lancia Delta and many more. His ability to pen such diverse and universally acclaimed designs earned him the accolade Car Designer of the Century in 1999.For the Isuzu 117 Giugiaro found inspiration from one of his Bertone designs the Fiat Dino Coupe. With its flowing profile crisp edges and graceful fastback roof the Isuzu 117 was one of the best-looking Japanese cars of its time and the basic shape remained relevant for the entirety of its 13-year production run. Under the skin the 117 was offered with a wide variety of four-cylinder engines including a diesel and was touted as the worlds first diesel-powered sports car. The chassis was conventional with a simple yet proven independent front/live axle rear suspension design. The 117 was continually refined and improved with just one styling refresh coming in 1977. While it is a widely adored and admired classic in Japan the 117 is virtually unknown on our shores. But its attractive styling and robust underpinnings make it a welcome addition to the stable of a new or seasoned collector of JDM classics.This lovely 1975 Isuzu 117 XE Coupe is an extremely rare sight on American roads and is likely one of just a handful that found their way stateside. This superb example is undoubtedly one of the best in the US having spent several years in an eclectic private collection of rare and unusual vehicles. It has been beautifully maintained and is offered in excellent condition inside and out. The previous owner ensured it remained in top running order and showed it occasionally including at the inaugural Pebble Beach Japanese Automotive Invitational in 2018.The Giugiaro-penned shape looks superb in the dark metallic green paintwork highlighted by thin polished window trims and slimline chrome bumpers. The body lines are crisp and well defined with straight panels and factory-appropriate fitment. True to most Japanese cars of the era the 117 feels well-built and thoughtfully engineered. Lights lenses and trim are excellent with pleasing details including the iconic JDM wing mirrors and Panasport-style alloy wheels.The stylish interior is trimmed in black vinyl as was typical of the period and highlighted with an attractive satin-finish wood instrument panel. The cockpit has a distinctly driver-focused feel with gauges switches and controls falling easily to hand. Equipment includes a three-spoke sport steering wheel electric windows AM/FM cassette player and factory air conditioning which still functions well. Rear seats feature integrated headrests and offer a respectable amount of passenger space for a small coupe. Overall the interior trim is remarkably well-preserved in original condition.Under the forward-hinged bonnet sits the 1.8-liter SOHC inline-four fed by a single downdraft carburetor and mated to a four-speed manual gearbox. The presentation is tidy and honest showing the car has been well-maintained. It runs and drives very well with crisp performance to back up the svelte good looks.Interest in JDM classics is on the rise with many iconic Japanese cars enjoying rising values and increased attention from collectors worldwide. This marvelous Isuzu 117 Coupe represents superb value and is an ideal entry point into this fascinating and increasingly popular aspect of car collecting. It is a turn-key highly enjoyable GT car combining the best of Japanese engineering excellence with unmistakably Italian style.Offers welcome and trades consideredFor additional details please view this listing directly on our website https://hymanltd.com/vehicles/6759-1975-isuzu-117-coupe/

Note from the publisher:
Welcome to our collector car marketplace where we feature thousands of classified ad listings of vintage cars for sale. We hope that you will bookmark our site and visit often; our cars are updated every day. Furthermore we encourage you to subscribe to our mailing list so that we may periodically notify you of interesting classic cars that become available.
Home > Classic Cars For Sale > Isuzu > 117 > 1975 Isuzu 117