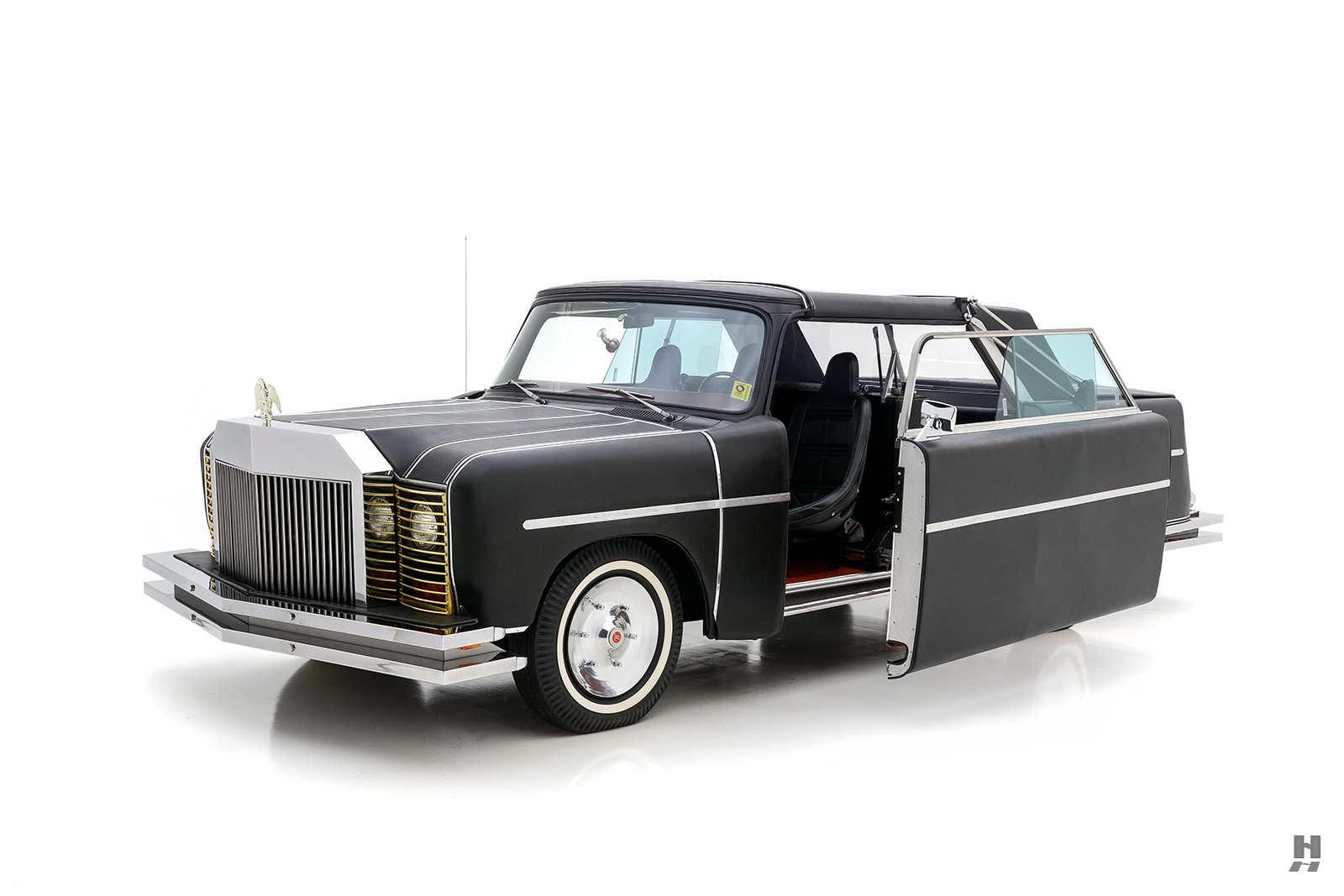 Price: USD $349,500
In the long and rich history of the automobile there has been no shortage of starry-eyed dreamers with the resources to bring their far-out ideas to fruition. Paging through our well-worn reference books likeThe Standard Catalog of American Carsor theBeaulieu Encyclopedia of the Automobile we find a wealth of motoring curiosities many of which have faded into obscurity and are long-lost in the shadow of failure. But thankfully for enthusiasts of the unconventional a few of these lovable misfits have survived the test of time embraced and carefully preserved by connoisseurs of the odd-ball avant-garde and downright wacky.There are few wackier creations than those of Mr. Bruce Baldwin Mohs of Madison Wisconsin. Mohs was an inventor entrepreneur engineer big-game hunter and all-around celebrator of the eccentric. He invented the instant milkshake the reflective trim strip used on highway barriers built a giant motor scooter constructed seaplanes and built mechanical props for Hollywood filmmakers like Alfred Hitchcock among other ventures. In the late 1960s he added automobile manufacturer to his vastly diverse rsum. His first project was the aptly namedOstentatienne Opera Sedanof 1968. This bizarre creation was based on an International truck chassis with a 304 cubic-inch V8 from the same source. In lieu of conventional side doors it featured a single rear-entry door that opened like a flying saucer. It also had 20-inch wheels with nitrogen-filled whitewall tires a butane furnace refrigerator two-way radio and more. Mohs priced his shocking creation at an equally shocking $19600 going to $25600 for the top model. Unsurprisingly there were no takers and only a single prototype was built.Mohs hoped for better results with his second attempt the 1973 Safarikar as offered here. He was indeed more successful but only just as only three were built. This example is one of two known survivors and was considered long lost for many years. In 2009 its most recent owner saw mention of a Safarikar in an AACA forum and set out searching for the mythical beast. He discovered it quietly decaying in a Georgia parking lot tracked down the owner and struck a deal to buy it. He then embarked on a painstaking four-year restoration to return the outlandish Safarikar to life.As its name suggests Mohs envisioned the Safarikar as a rugged machine capable of tackling the rigors of African Safaris but with the luxury exclusivity and quality of a Rolls-Royce. That was the idea anyway. As before Mohs turned to International for the underpinnings utilizing the robust chassis suspension and driveline from the Travelall. He then added a sub-structure consisting of tungsten-alloy bulkheads aluminum panels and steel outriggers. The body styling was unconventional to say the least made even more so by Mohs use of padded Naugahyde upholstery on the exterior. Features include an oversized Rolls-Royce style radiator shell heavy-duty bumpers a folding multi-piece hard top described by Mohs as a dual cowl phaeton though one would have to squint to make that visual connection. Tires were again nitrogen filled and fitted to unique wheels; there was a continental spare wheel and the pice de resistance horizontally-opening slide-out doors designed so occupants could target wild game while on the move. Restoration of the body consumed more than 40 yards of Naugahyde and polyurethane foam along with 7000 stainless steel staples!The interior is no less unusual. First and foremost is the three-abreast seating which undoubtedly inspired Gordon Murray in his creation of the McLaren F1 or so wed like to believe. The bucket seats are by Solar Automotive developed and patented by racer and actor Steve McQueen for the rigorous Baja 1000. The rear bench seat converts into a sleeping platform for long nights out on the hunt and theres room to stand up and shoot. The dash is essentially standard International fare and features both an AM/FM radio and a period-correct Motorola CB radio for communicating with base camp. As with the body the interior is meticulously restored to original specifications using (large quantities of) period-correct materials.Taking a page from Rolls-Royce Mohs described the power output as adequate in factory literature. Given its substantial girth the Safarikar wont likely win many drag races but the 392 cubic-inch International V8 offers gobs of low-end torque. As with the rest of the car the engine bay is appropriately detailed with high-quality International red paint on the block and correct labels and decals on the accessories. It retains the correct piston-style A/C compressor and features power brakes and power steering. The big V8 runs well sending power to the rear wheels via an automatic transmission.The painstaking concours-quality restoration has been recognized with numerous awards and accolades and unsurprisingly the Safarikar draws crowds of curious onlookers wherever it goes. It has appeared at several prestigious concours events including the Amelia Island Concours and has won AACA National and Grand National awards at the Hershey Fall Meet. Delightfully off-center totally outlandish and with a face only a mother could love the Mohs Safarikar provides a fascinating glimpse into the fertile mind of Bruce Mohs.Please note car is titled as a 1975.Offers welcome and trades consideredFor additional details please view this listing directly on our website https://hymanltd.com/vehicles/6816-1975-mohs-safarikar/

Note from the publisher:
Welcome to our collector car marketplace where we feature thousands of classified ad listings of vintage cars for sale. We hope that you will bookmark our site and visit often; our cars are updated every day. Furthermore we encourage you to subscribe to our mailing list so that we may periodically notify you of interesting classic cars that become available.
Home > Classic Cars For Sale > Mohs > Safarikar > 1975 Mohs Safarikar