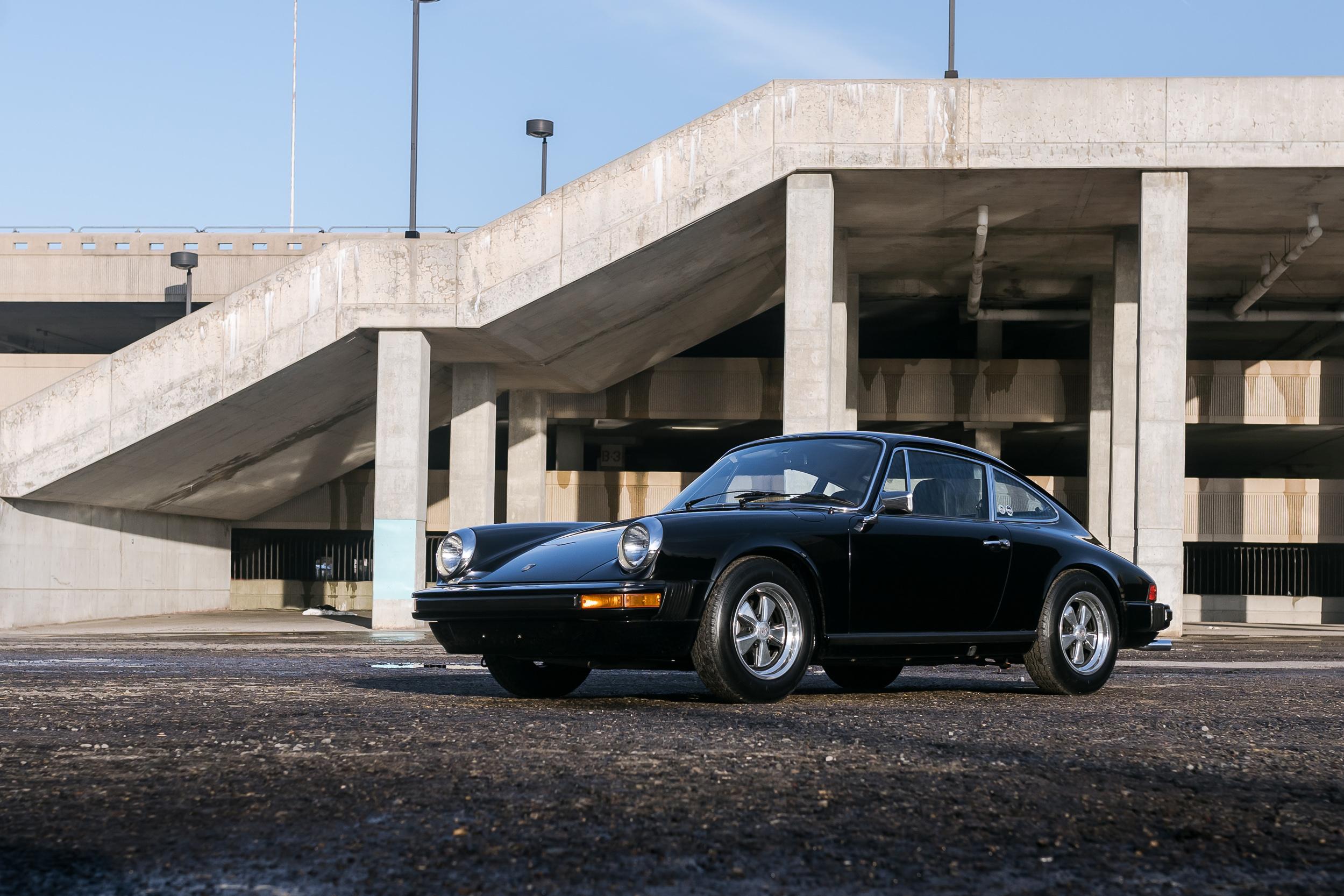 In 1973, as the world dove headfirst into its first major fuel panic, the United States was also putting the stranglehold on the beloved sports-car. Both the federal government as well as the state of California introduced tightened restrictions on fuel consumption and crash resistance, leading to manufacturers worldwide scrambling to make changes to their current models in order to be able to sell them in the massive US market. Already stumbling from an American market looking towards compact and economical, Porsche was forced to react quickly in order to save their floundering sales numbers. In a brilliant pivot move, they introduced the new G-Series cars which utilized a new 2.7-liter engine fed by Bosch K-Jetronic fuel injectors, allowing them to increase power while also meeting the restrictive fuel consumption regulations. To solve the problem of crash resistance, they turned to stylist Wolfgang Mobius, who found a way to tastefully integrate the new impact bumpers while keeping the classic 911 silhouette. The new G-series cars were first introduced in late 1973. Gone was the T/E/S lettering scheme, which was replaced by the more marketable 911, 911S, and the top of the line 911 Carrera. The base model car now featured 150bhp while the middle tier S gained 10bhp over the previous year for a total of 175bhp. Not only were the new 2.7 liter engines more powerful, but they were also more flexible with the 911Ss torque curve peaking at 235Nm at 4000rpm compared to 206Nm at 4500rpm out of the old 2.4 liter. In addition to the change in engine and body, many more additional updates were made throughout the exterior and cabin to help freshen the car as well as make it more modern and comfortable. The G-series cars would remain in production through 1989 and would see the introduction of new model designations, the introduction of the first 911 cabriolet in 1982, as well as two engine displacement bumps in the 3.0 liter of 1977 and then to the 3.2 liter in 1984. In total, around 198,496 G-series 911s were produced from 1973-1989 for worldwide consumption. The G-series 911s would be replaced by the newly restyled and heavily updated 964 series in late 1989.

The example on offer here, chassis number 9115200634 and engine number 6550065, is a 1975 Porsche 911 S. This car remains in absolutely excellent original condition, still retaining its factory original paint, interior and numbers matching engine (per the included COA). It is finished in its factory-correct and original Black exterior paint and Black leatherette interior. The odometer currently reads 29,911 original miles at the time of writing. This 911 was delivered from the factory with NO sunroof and fitted with the following options according to its COA:

This car was delivered new to Allan Porsche Audi of Burbank, California with the original window sticker, showing a total sale price of $12,736.50, included in the sale of this vehicle. The early history of this car is relatively unknown but it is believed to be a two-owner example having lived in sunny and dry California its whole life with its first owner until the current owner and consignor, who lived in California at the time purchased the car in 2002 before moving to Michigan. Starting in 2003, there are detailed service records available in the documents tab below, showing that the owner cared for this car in a very diligent manner in the Metro Detroit area. The current owner used the car sparingly given the original mileage but made sure the car got exercise, including completing multiple Michigan Mille Rallies, a testament to the proper mechanical nature that this car has been maintained in. As it sits today, this 911 S remains in absolutely astounding original condition and is truly one of the best original G-Series cars we have come across. Given its impeccable original condition, this 1975 Porsche 911S would make the perfect addition to any Porsche centric collection or would even make an excellent first foray into the air-cooled world.

Included with the sale of this car are the original window sticker, Porsche COA, comprehensive service history, tools, spare, and even the original antennae pouch with key and hangtag.

Note from the publisher:
Welcome to our collector car marketplace where we feature thousands of classified ad listings of vintage cars for sale. We hope that you will bookmark our site and visit often; our cars are updated every day. Furthermore we encourage you to subscribe to our mailing list so that we may periodically notify you of interesting classic cars that become available.
Home > Classic Cars For Sale > Porsche > 911 > 1975 Porsche 911