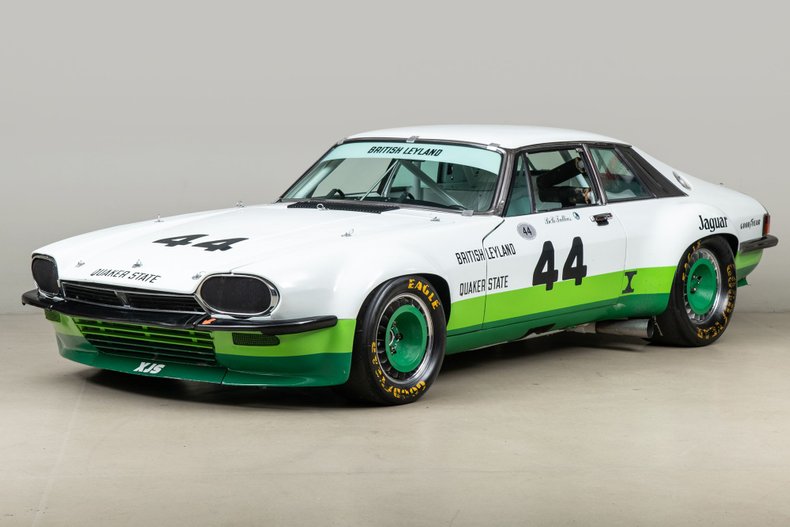 Price: Contact Seller for Price
View high resolution photos Winner of the 1978 Trans-Am Category 1 Drivers and Manufacturers Championship Campaigned by legend Bob Tullius and his Group 44 team Mechanically restored by marque-expert Chris Keith-Lucass CKL Developments Presented in its original Quaker State-sponsored livery Rare purpose-built, tube-frame race car; three owners from new Documented with FIVA passbook and FIA papers Includes its original vehicle log book with notes and racing results 1978 Trans-Am Racing Season Results May 21st Sears Point 9th in class, 18th OA June 4th Westwood 2nd in class, 4th OA June 11th Portland 3rd in class, 7th OA June 25th Mont-Tremblant 1st in class, 5th OA July 8th Watkins Glen 1st in class, 7th OA August 13th Brainerd 1st in class, 5th OA August 19th Mosport 1st in class, 5th OA September 4th Road America 1st in class, 5th OA October 8th Laguna Seca 1st in class, 7th OA November 5th Mexico City 1st in class, 6th OA 1978 Racing Results (other) November 26th Daytona Finale 2nd in class, 9th OA Bob Tullius - Drivers Championship Winner, Jaguar Manufacturers Championship Winner The British manufacturer known for the unquestionably-amazing E-type, Jaguar retired their long-time best seller with the introduction of the XJ-S in 1975. The luxury grand tourer street car was met with a lukewarm response due to its more luxury-oriented design, and the British car maker was determined to figure out how to increase its sales. The time-tested phrase Win on Sunday, sell on Monday was instituted to provide some racing pedigree to the XJ-S which started with the Bob Tullius racing team, Group 44. Jaguar approached the Virginia-based Group 44 racing team with the intention of making the XJ-S a winning machine. The private race team obliged and Jaguar was paid back in spades, with Bob Tullius and the XJ-S race car winning the Drivers Championship in Trans-Am Category 1 class in 1977. That Trans-Am car began the evolution from the first XJ-S Trans-Am racer that led to this menacing 1978 championship winner. 1978 yielded a far more hardcore racer, this time this car taking advantage of the silhouette rules. As long as the car looked like a stock production car, they could generally race. This allowed for some creative mechanical underpinnings and the Jaguar took full advantage of this. This time, Group 44 used the factory tub which was an acid-dipped body shell provided by Jaguar, la what Roger Penske and Mark Donohue did to their Trans-Am Camaros in the late 60s, saving precious pounds. This inspired combination was combined with Jaguars 5.3-liter overhead cam V12 powerplant. Not leaving anything to chance, instead of fuel injection it received six Weber carburetors and was significantly modified and tuned to produce around 580 horsepower, more than twice the road cars 244 horsepower. Despite being heavier than most of its competition and having less displacement than its competitors, Bob Tullius and the Jaguar saw the checkered flag 7 times in a row after the first three rounds, taking a podium finish in the 2nd and 3rd rounds; tying Mark Donohue for the most consecutive Trans-Am wins. At Road America he clinched the drivers championship and, in the seasons final round in Mexico City, he proudly took the manufacturers title for Jaguar in the Category 1 class. After dominating the 1978 season, the car was placed into storage by Tullius for close to three decades before going to collector Gary Bartlett in 2007. Bartlett commissioned Chris Keith-Lucas in England to mechanically restore the car, including a comprehensive engine rebuild. In March 2009 the XJ-S won the FIVA award at the Amelia Island Concours dElegance, and in August 2011 it was proudly displayed at the Rolex Monterey Motorsports Reu

This 1978 Jaguar XJS was listed for sale on 5-7-20 07:50:20. The vehicle color is White and VIN is not available . Kindly check ad for seller's location. Seller`s stock ID is canep6178. There are other Jaguar cars currently listed for sale on our website. You may desire to see what other Jaguar cars are selling for by visiting our Sales Data page.

Note from the publisher:
Welcome to our collector car marketplace where we feature thousands of classified ad listings of vintage cars for sale. We hope that you will bookmark our site and visit often; our cars are updated every day. Furthermore we encourage you to subscribe to our mailing list so that we may periodically notify you of interesting classic cars that become available.
Home > Classic Cars For Sale > Jaguar > XJS > 1978 Jaguar XJS