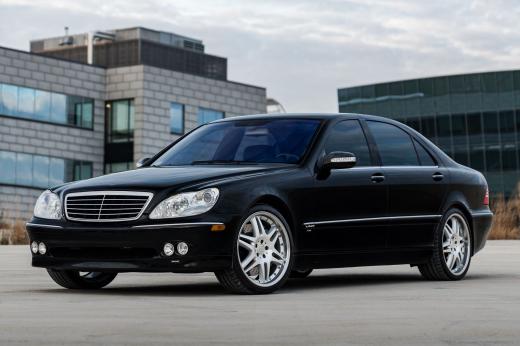 Among the world of Mercedes-Benz tuners, there are two names that stand head and shoulders above the rest; AMG and Brabus. With the full acquisition of AMG by Daimler AG in 2005, Brabus was left as the go-to independent tuner for all things Mercedes-Benz. The original brains behind Brabus, Bodo Buschmann, was interested in customizing his Mercedes and found that the existing tuners simply couldn't meet his requirements, so he decided to take it upon himself to provide the Benz world with superior aftermarket support. The Brabus company name was first registered in 1977 and due to a German law requiring companies to be founded with 2 people was derived from the founder's surnames of Brackmann and Buschmann. Brabus found immediate success and opened its first dedicated showroom in 1983, where customers could buy prebuilt Brabus versions of Mercedes offerings or bring their personal car in for custom touches. Over the years, the company has grown immensely and offers everything from aero and body trim pieces to full-on custom hand-built engines for the Mercedes platform and has remained the pinnacle of independent Mercedes-Benz tuning and customization.

The example on offer here, chassis number WDBNG76J54A387363, is a 2004 Brabus T12 Sedan. This T12 is an astounding one-owner example, residing its entire life in Arizona and has been meticulously cared for in an open checkbook manner. This car started life as a top of the line 2004 Mercedes-Benz S600 which features a 5.5 liter twin-turbo aluminum V-12 engine with a sticker price of just over $133,000. It was sent immediately to Brabus, where it would be transformed into the T12 version. Once at Brabus it was fitted with over $57,000 worth of upgrades which included the following:

Once completed, this example would go on to be Brabus's North American Show Car and would be displayed at the 2004 LA Auto Show. In a testament to the thorough nature of the documentation that is included with this car, passes and Brabus VIP badges from the 2004 LA Auto Show are included with the car among a host of other Brabus related material as well as thorough service records. This car has been under single ownership since being sold by Brabus and has been meticulously maintained by reputable marque specialists with a chain of unbroken service records dating back to late 2003. This T12 has lived its entire life in the dry and car-friendly climate of Scottsdale Arizona. The most recent service documents are from May of 2019 and include replacing control arm bushings as well as fixing a stuck shade screen in the rear of the car. As it sits today, this car has 102,411 miles from new but appears both cosmetically and mechanically as if it could have 25,000. It has been absolutely exquisitely maintained and remains in fantastic condition all around despite the mileage. Given its heritage, original sticker price, as well as incredibly thorough service history, this 2004 Brabus T12 is an absolute bargain of a Mercedes-Benz powerhouse. This Brabus T12 may not be considered a traditional classic car but what it does have going for it is rarity, usability, as well as an immense fun factor. Given these attributes, this car would make for the perfect interesting vehicle to add to a daily driver rotation or would be perfect for fun outings with the family.

Note from the publisher:
Welcome to our collector car marketplace where we feature thousands of classified ad listings of vintage cars for sale. We hope that you will bookmark our site and visit often; our cars are updated every day. Furthermore we encourage you to subscribe to our mailing list so that we may periodically notify you of interesting classic cars that become available.
Home > Classic Cars For Sale > Mercedes-Benz > S600 > 2004 Mercedes-Benz S600