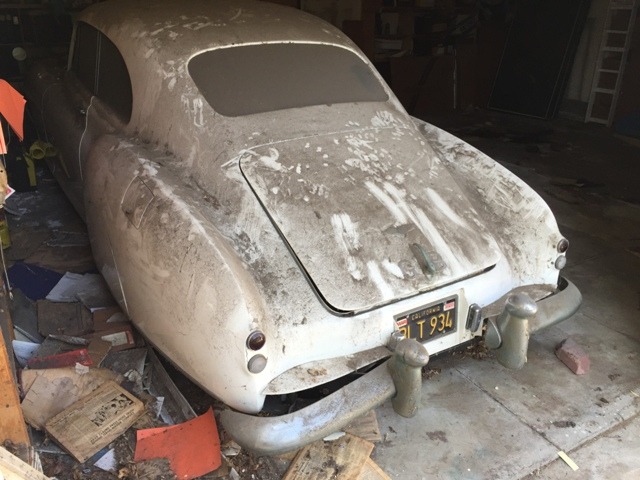 Price: USD $1,250,000
1953 Bentley R-Type Continental Fastback with Ties to James Bond Creator Ian Fleming: One of 41 Left-Hand Drive Examples ProducedThis 1953 Bentley R-Type Continental l Fastback LHD by H.J. Mulliner is an undisputed icon of British motoring and one of the all-time great Bentley models. Built in extremely limited numbers, these high-performance grand touring cars attracted an elite clientele that included royalty, celebrities, and captains of industry. This car, BC10LB, is certainly no exception, as Ian Fleming, creator of the James Bond series, ordered this Bentley for his friend and collaborator Ivar Bryce. Bryce, a fascinating figure in his own right, worked for the British Security Coordination during World War II and was the inspiration for Flemings character Felix Leiter. Originally finished in Deep Grey and specified as a left-hand drive, manual gearbox car with fender spats and lightweight seats, Bryces R-Type Continental was equipped with bespoke features such as fitted luggage and a racehorse mascot. Mechanically sound, the car currently runs and drives well. A black-plate California car with exceptional provenance. Retaining its original interior and matching numbers engine. One of only 41 left-hand drive examples produced and a 1971 Pebble Beach Class Winner. This significant Bentley discovery represents an extremely exciting once in a lifetime opportunity that should not be missed. Coachwork by H.J. MullinerChassis: BC10LBEngine: BCB10 Exceptional Provenance with Ties to James Bond Creator Ian FlemingIn late 1952 or early 1953, Fleming ordered a new Bentley R-Type Continental on behalf of his dear friends Ivar and Josephine, handling the purchase personally. California Black-Plate Car Retaining Original Interior and Matching-Numbers EngineOne of 41 Left-Hand Drive Examples Produced 1971 Pebble Beach Class WinnerA Significant Bentley DiscoveryDesirably Equipped with Left-Hand Drive, Manual Gearbox, and Lightweight SeatsMechanically sound and driving wellPrice: $1,250,000 Firm

This 1953 Bentley R-Type was listed for sale on 9-12-17 06:32:28. The vehicle color is White and VIN is 20288 . Kindly check ad for seller's location. Seller`s stock ID is gullw20288. There are other Bentley cars currently listed for sale on our website. You may desire to see what other Bentley cars are selling for by visiting our Sales Data page.

Note from the publisher:
Welcome to our collector car marketplace where we feature thousands of classified ad listings of vintage cars for sale. We hope that you will bookmark our site and visit often; our cars are updated every day. Furthermore we encourage you to subscribe to our mailing list so that we may periodically notify you of interesting classic cars that become available.
Home > Classic Cars For Sale > Bentley > R-Type > 1953 Bentley R-Type