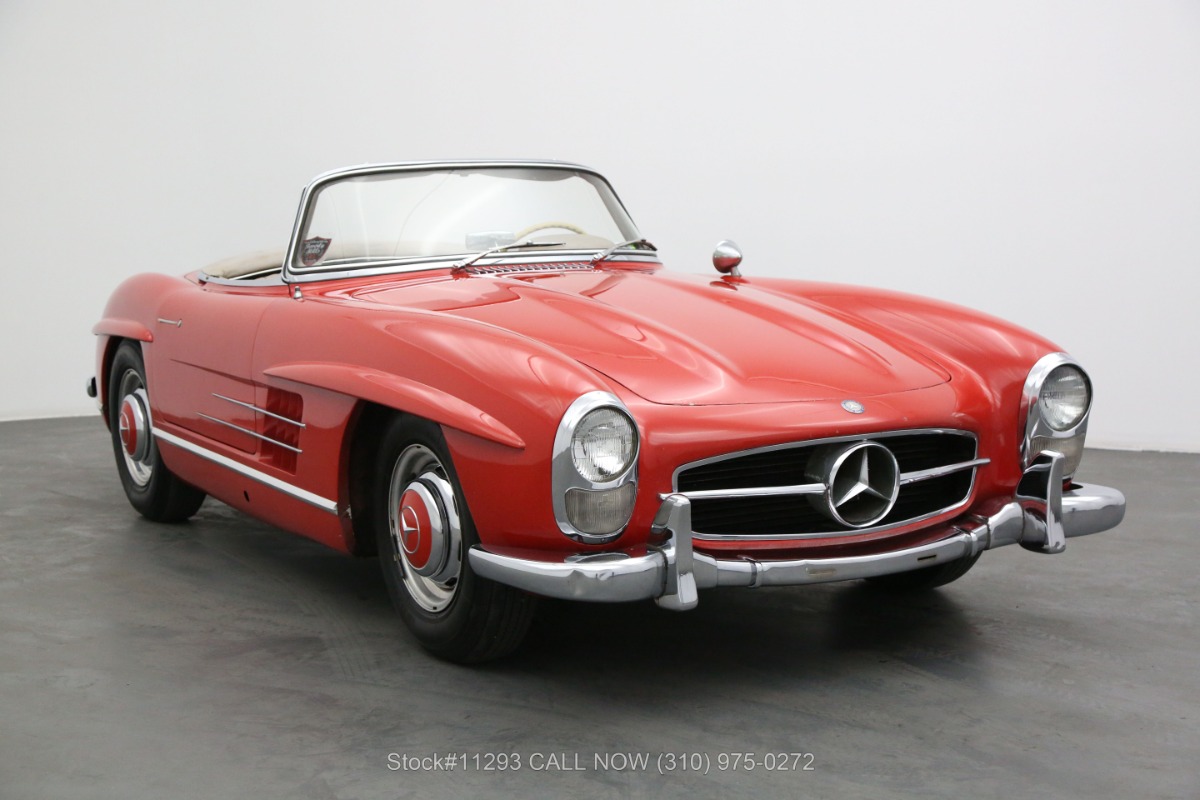 Price: Contact Seller for Price
1961 Mercedes-Benz 300SLRoadster Looking for a once-in-a-lifetime opportunity to own a rare 1961 300SL Roadster? Unveiled at the 1954 International Motor Sports Show, the Mercedes-Benz 300SL (Sport Light) has since become a preeminent icon of the automotive world. Voted Sports Car of the Century in 1999, with many such awards before and since; with its flat, graceful body, low fenders, distinct hood bulges, and race car-inspired side vents, the 300SL has curves for days and even 50+ years later has lost nothing of its past appeal. Unfortunately for classic car lovers, the assembly line waved goodbye to the last of only 1,858 300SLs in 1963, but very occasionally one of these exceptional vehicles comes back onto the market! A direct development of the automakers post-war reentry into the world of international racing, the challenge for engineer Rudolf Uhlenhaut was to build a race car like the W194, but tailored for road use. Performance automobiles for public purchase and the Gullwing Mercedes were born. Next up was the Roadster 300SL, a topless and technically better version of the original Gullwing model increased horsepower, additional structural support, better handling, and better cabin airflow. Capable of amazing top speeds of 125-150+ mph for its time. At a list price around $11,000 the SL Roadster was not cheap, but compared with todays inflation-adjusted MSRP of around $95,000 to current 300SL valuations sounds, it sounds like a great price! This particular car is a beautiful and unrestored matching-numbers 1961 Mercedes-Benz 300SL Roadster comes in fire engine red (factory color code 534) with a likely-original creme leather interior. It runs and drives with 76,659 miles showing on the odometer. This is a one-owner car, and not just any owner but a meticulous surgeon, war veteran and pilot who loved the car, raced the car, and kept the original invoice. As such, the car was delivered to J.R.P Motorcars out of Bryn Mawr, PA in early 1963, serial number 300sl-002716. It was actually the owners second 300SL Roadster, trading-in his 1957 300SL to upgrade to the new-and-improved 1961 model. The car was driven until his death in 1994 and was even mentioned in his obituary, and then garaged by his widow until present day. A beautiful one-family-owned, unmolested, original patina example like this is almost impossible to find anymore, as almost all available 300SLs have been restored. Cosmetically, the car is in amazing condition with a very straight body and a finish that remains glossy. Patina adds to the attractive vintage presentation, but overall this is a well-maintained example without any prior restorations. The doors, hood, and trunk all open and shut smoothly. The emblems and lenses are in good condition, with light surface hazing on the chrome. The engine starts easily and settles to a smooth idle, and the gearbox engages easily with smooth shifting and pleasant action. The suspension provides easy handling with the 300SLs surprisingly light steering, even at slow speeds. Underside components and the chassis are all in good condition. All the lights, the horn, and even the electric antenna work too. The car comes with a copy of the cars build sheet and the original dealer invoice. This excellent and original matching numbers 1961 300SL Roadster is ready for its next owner to enjoy the pleasure and prestige of not only owning a piece of history but driving a truly beautiful automobile! Call for price

Note from the publisher:
Welcome to our collector car marketplace where we feature thousands of classified ad listings of vintage cars for sale. We hope that you will bookmark our site and visit often; our cars are updated every day. Furthermore we encourage you to subscribe to our mailing list so that we may periodically notify you of interesting classic cars that become available.
Home > Classic Cars For Sale > Mercedes-Benz > 300SL > 1961 Mercedes-Benz 300SL