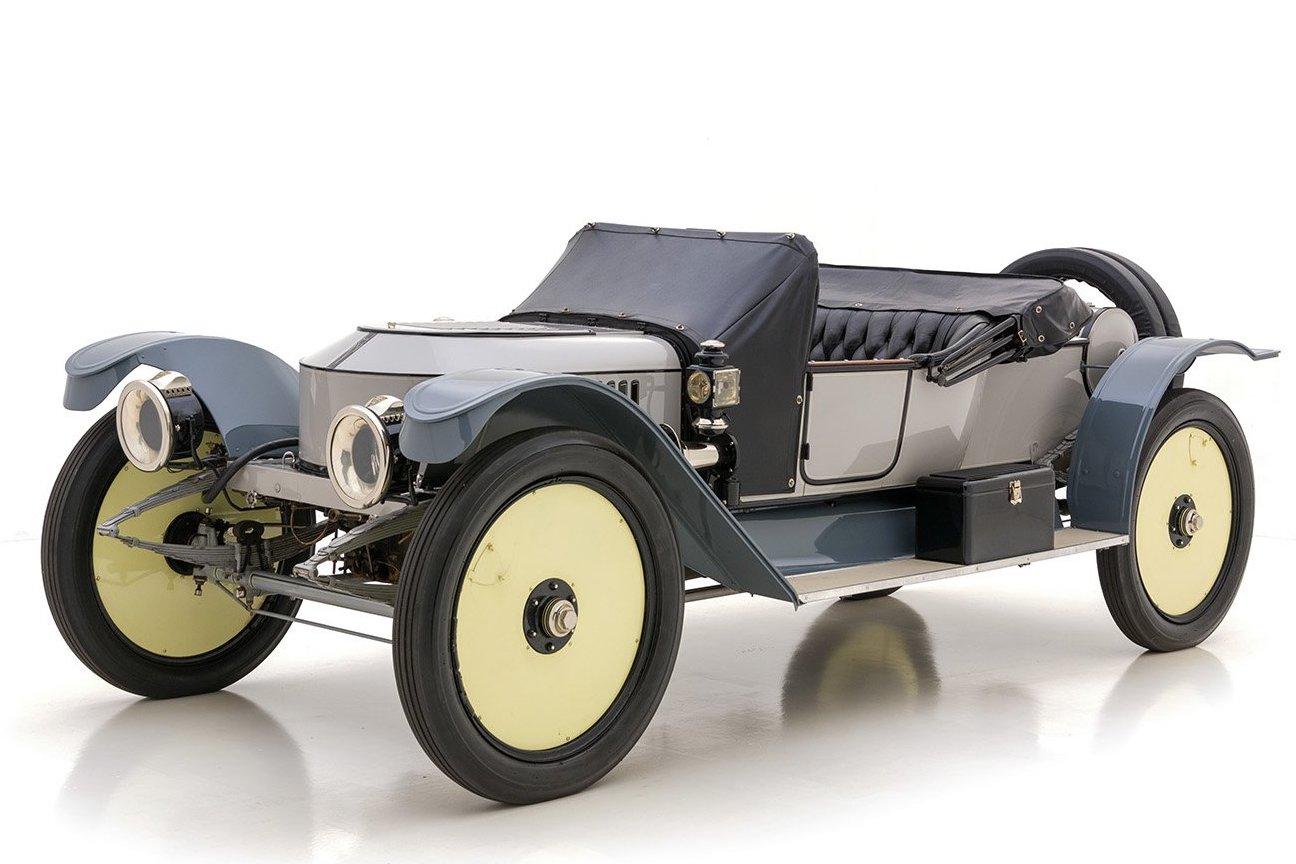 Price: USD $169,500
As a young man Raymond Stanley was undoubtedly the envy of his classmates; his father and uncle owned an automobile company and could build cars to order. The Stanley twins F.E. and F.O. were Americas premier manufacturers of steam cars; their cars became the standard to which all others were measured. Between 1908 and 1916 their Stanley Motor Carriage Company constructed no fewer than three unique cars for F.E. Stanleys only male heir all of them to young Raymonds own designs. Raymond attended Harvard University and earned his degree in Automotive Design and his talent came naturally having grown up in the heart of the business. He honed his skills by having his father supervise and help achieve his designs to create magnificent one-off automobiles.Raymonds first car was a non-production-looking version of the famous Model H Gentlemens Speedy Roadster completed when he was just 14 years old. Built on a short wheelbase and powered by a 10-horsepower engine (the full-size H was 20 horsepower) it took Raymond to school and back and he drove it to Maine in the first summer.Raymond designed his next car specifically for himself and the factory pulled out all the stops. Choosing a 30-horsepower engine as used in the Model K Semi-Racer and the Model Z nine-passenger Mountain Wagon he specified a 118-inch wheelbase chassis used by the Mountain Wagon and designed a sleek low two-seat roadster body. The car was completed in 1911 but Raymond did not keep it long selling it to Thomas Plant a wealthy businessman on 25 April 1912. The car remains in existence today restored.The next special built to Raymonds design was lower and longer still. It sat on a non-standard 130-inch wheelbase and of course the powerful 30-horsepower engine. There was no glass windscreen only a Cambridge Windshield (also known as canvas cowl) to direct the airflow over the cockpit. By 1913 Raymond had changed the lighting to the newest style and raised the windshield eventually fitting two portholes for better visibility. He also had a luggage platform added behind the cockpit finished off with a round tank at the rear. The car was fitted with novel combination kerosene and electric side lamps and electrically ignited E&J gas headlamps which necessitated a battery box on the running board. Production Stanley automobiles would not get these features until a year later. The wheels were of standard 28-inch artillery wood-spoke configuration but featured solid disc covers on both sides.Unfortunately Raymonds roadster did not survive. Its steering gear proved to be a weak point and on its second failure it catapulted Raymond and his passengers through a barbed wire fence with the front wheels stopping in a pond. Fortunately there were no serious injuries but Raymonds father nonetheless ordered the car be dismantled.That is where it might have ended but for the efforts of a renowned Stanley collector and restorer Brent Campbell. Campbell is the grandson of a Stanley factory employee who had later worked for factory service manager Fred Marriott (also the race driver who had set the 1906 land speed record for Stanley); Campbell had previously acquired and restored the remains of Raymonds 1911 Stanley special.Working from period photographs of the original car he spent years collecting appropriate 30-horsepower Stanley parts from the 1912 era. Choosing to replicate the cars initial configuration before Raymond updated the fenders and lighting Campbell obtained a set of authentic 1912 fenders and early-type lights. Reproduction of the unique chassis and body framing was undertaken by Mark Herman a cabinet-maker renowned for woodwork on early Stanleys. The skeleton was skinned in aluminum by Don Irvine in Michigan and finished to a high standard in two-tone gray with black accents and distinctive pale yellow wheel discs. The body features gorgeous nickel trimmed lamps a nickel klaxon horn dual carriage lamps a full top and twin rear-mounted spares just as it appeared in early period images copies of which are included in the file.The Special Roadster was completed in 2016 and toured for a week that summer in Rhode Island. It celebrated Independence Day 2017 by passing the ultimate test: driving up New Hampshires Mount Washington Auto Road the highest peak in New England with an average gradient of 11.6%. On that occasion Jay Leno was at the wheel and the event was captured on video by a 40-member production team wielding 12 cameras one of them on a helicopter hovering overhead. The Stanley Roadster repeated that feat on four occasions chewing up the challenging hill-climb with ease.A true unicorn this remarkable roadster presents a one-of-a-kind opportunity: the ability to experience steam motoring as enjoyed by Raymond Walker Stanley.Offers welcome and trades consideredFor additional details please view this listing directly on our website https://hymanltd.com/vehicles/7148-1912-stanley-special-roadster/