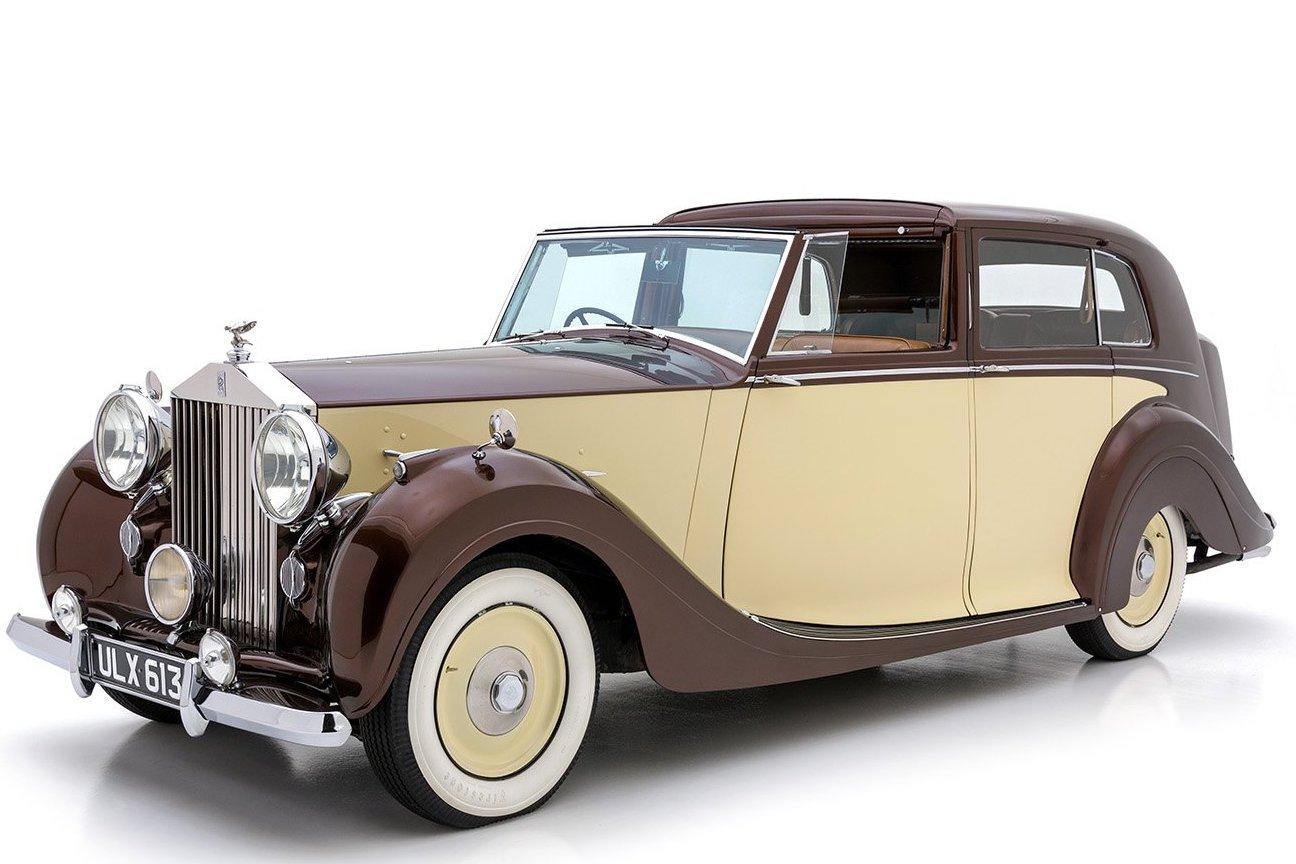 Price: USD $72,500
The Silver Wraith holds two notable distinctions in Rolls-Royce history: as the companys first post-war production car and the first model built in the now-legendary Crewe factory. The new Silver Wraith was a clean-sheet design for the modern era. It served as Rolls-Royces primary model with only the ultra-exclusive eight-cylinder Phantom IV (just 18 built) sitting above it. The Silver Wraith featured a 4.25-liter inline six-cylinder engine with an F-head arrangement that uses overhead inlet valves and side-mounted exhaust valves. Keeping with Rolls-Royce tradition the Silver Wraith was sold only as a rolling chassis for delivery to outside coachbuilders. Between 1946 and 1958 Rolls-Royce produced a total of 1883 Silver Wraiths. Todays enthusiasts cherish the Silver Wraith for the way it combines a classic pre-war aesthetic with refined post-war performance.Rolls-Royce production records show chassis number WDC89 was outfitted from new with H.J. Mulliners handsome Sedanca de Ville coachwork. This formal design features an enclosed rear passenger compartment with a retractable hood over the drivers compartment. H.J. Mulliners designs of the period featured aluminum skin over wood framing and the company was known for its distinctive razor edge designs with narrow windshield pillars. Records show that WDC89 was originally finished in black paint with tan Connolly hides and extended walnut trim. Further specifications from the factory included a pair of occasional rear seats folding tables and rear radio which all remain with the car today.Details within the chassis records indicate WDC89 was initially ordered by dealer J. Cockshoot & Co. Ltd for J. Walsh Esq though it appears the car was delivered to L. Harris Esq. in August 1949 via the dealer A. Owen Limited of London. The ownership history is well documented showing the Sedanca de Ville remained in England until 1966 when it was acquired by the noted classic automobile dealer Bob Cochran of Eugene Oregon. In 1965 Cochran hired a broker to find him a Rolls-Royce limousine and when the man traveled home to England to buy this car he was immediately arrested and jailed on an unrelated charge! Believing he was out the money and the Rolls Cochran was surprised when months later the mans father phoned to tell him the car was paid for and on its way to Oregon. Bob Cochran kept the Silver Wraith for a few years to promote his imported car business eventually selling it to Larry Campbell. In 1973 Campbell traded WDC89 to his business partner Dan Leahy who intended to use it to shuttle his real estate business clients. For the next 38 years WDC89 remained preserved in static storage on Leahys estate. After its discovery in 2011 it was sold in 2012 to the most recent custodian.As presented today WDC89 benefits from a thorough cosmetic restoration highlighting H.J. Mulliners exquisite design. In the most recent owners nearly decade-long tenure the Rolls-Royce received a cosmetic restoration and additional mechanical sorting. Most notably it was refinished in this striking combination of cream and metallic bronze. The paint and chrome are superbly detailed further complimenting the formal coachwork. Additional fittings include a centrally-mounted driving lamp Lucas fog lamps cream-colored wheel covers with chrome centers and whitewall tires.The cabin was restored with tan upholstery in both front and rear compartments. Original interior features include folding jump seats a retractable glass partition picnic trays and a rear radio console and the extensive walnut burl wood trim has been professionally restored to a bright high-gloss finish. The switchgear controls and instruments are proper original items and a modern audio unit is mounted in the rear divider panel. Mechanically the Silver Wraith is in good order with the 4.25-litre inline-six running well sending power through a four-speed manual gearbox. It has the solid character and appeal of a car that has never been completely disassembled and is well suited to continued enjoyment on relaxed touring events and weekend drives.Offers welcome and trades consideredFor additional details please view this listing directly on our website https://hymanltd.com/vehicles/7147-1949-rolls-royce-silver-wraith/